White
Sign In · Register
Home› Discussion› The Sims 4 Packs Discussion
September 24 - Everyone ready for the Friday Highlight? It's ready for you here!

Strap in for the Sims 4 Star Wars™: Journey to Batuu Gameplay 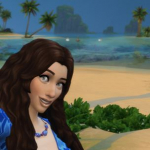 EA_Leeloo Posts: 741 EA Community Manager
September 1 edited September 1 in The Sims 4 Packs Discussion
We’ve got a good feeling about this. Find out more about the groups on Batuu and what you can expect on September 8.

Whether you’re searching for adventure, riches, or purpose, you’re sure to find it in The Sims™ 4 Star Wars™: Journey to Batuu Game Pack*! Find out more about Batuu and what you can expect before you arrive planetside on September 8. 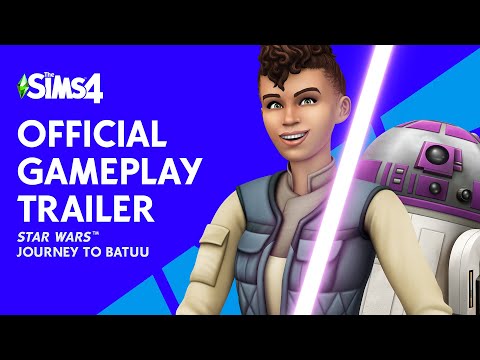 The People of Batuu

When your Sim first arrives on Batuu, it seems like the perfect place for an adventure. Good atmosphere, incomparable artifacts, interesting Sims, and delicious local specialties abound.

But before long, they’ll be caught up in the conflict between opposing factions. Learn what you can about them by talking with the locals before you decide who to support, or just dive right in! A simple drink at Oga’s Cantina or a conversation on the street could guide your Sim onto their path.

There’s no guarantee they’ll stay on that path, though. You decide if your Sim dedicates themself to the cause or defects for another faction entirely. Whatever your Sim aspires to be—a Paragon of Hope, an Enforcer of Order, or a Galactic Privateer—they have every opportunity to live out their dreams on Batuu.

You’ll find more than amazing drinks, delicious food, and great music at Oga’s Cantina. In the heart of Black Spire Outpost, the notorious smugglers of the planet still thrive. Keep an eye out for Hondo Ohnaka if you’re looking for some slightly-less-than-legitimate work on Batuu. The charming and beguiling Weequay pirate-turned-businessman usually has a few missions for Sims who ask nicely.

Be careful about the missions you select! As a scoundrel, it’s important to ensure the Resistance and the First Order are more focused on each other than on your Sim’s activities. As you build up your reputation for one faction, it may drop with another, and scoundrels walk a tight line between the two.

The more Sims do for Hondo, the more their reputation as a scoundrel grows. Sure, maybe it starts with sneaking into a building at first, but before you know it, your Sim is stealing files, skimming credits, and setting up traps. Get in on a big heist, gain access to the Millennium Falcon™ for missions, and live it up as one of the most infamous scoundrels on Batuu.

Did we mention the galactic credits? Sorry, we should have led with this: get rich as a scoundrel! 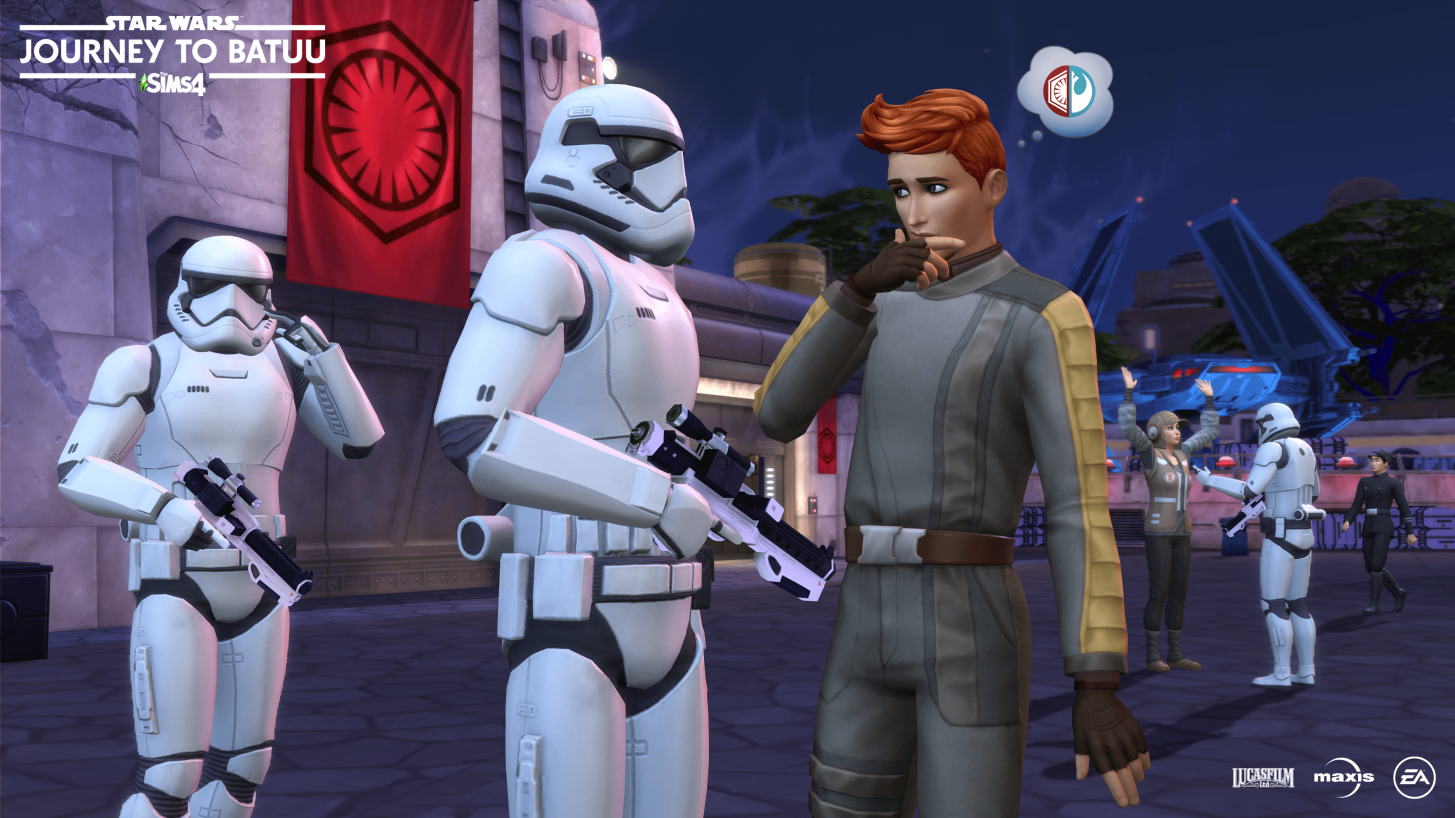 While enjoying a drink at Oga’s Cantina, make sure your Sim takes a moment to chat with DJ R-3X, the reprogrammed pilot droid spinning space jams. While he never leaves his post, DJ R-3X hears plenty of gossip… and he shares. A lot. He might even tell you the rumor he heard about the Resistance hiding in the forest outside of town.

To join the Resistance, your Sim will have to prove they’ll do what it takes to stop the First Order. It might mean doing a little reconnaissance to build up enough reputation for higher-level missions. Gotta start somewhere, and it might as well be looting supply crates and spying on the First Order, right? Build up enough reputation, and perhaps your Sim will gain Vi Moradi’s trust and the ability to fly the X-wing on daring missions. Maybe they’ll earn Rey’s respect if they climb high enough up the ranks!

While the Resistance makes every effort to hide their presence on Batuu, the First Order proudly lays claim to the outpost. Commanded by Supreme Leader Kylo Ren, they aim to bring order to the galaxy—starting with Black Spire Outpost. After all, it’s overrun by smugglers and Resistance spies. Join their ranks to help them root out the Resistance.

As a trooper on Batuu, it’s your Sim’s duty to suppress any Resistance plots aiming to undermine the First Order. Complete missions to protect the First Order’s interests—fortify the communications array, check IDs on the street, and patrol Black Spire Outpost. Lt. Agnon and Kylo Ren are depending on your Sim.

Do not disappoint them. (Especially Kylo Ren—he has… some anger issues.) If your Sim succeeds in their attempts to aid the First Order, they’ll be rewarded with great power. Earn both the fear and respect of the locals, and people will have no choice but to fall in line with your Sim’s orders. The Resistance better watch out.


Get Ready to Choose

Want a bit more intel about missions, factions, and other elements of gameplay in The Sims 4 Star Wars™: Journey to Batuu? Get the details before your Sims arrive and start preparing for your adventures!

The Sims 4 Star Wars™: Journey to Batuu Game Pack arrives on September 8, 2020, at midnight in your region for Mac and PC and at 10 a.m. PT for Steam, Xbox One, and PlayStation®4!

What path will you pick for your Sims?