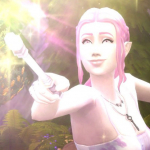 ThePlumbob Posts: 4,558 Member
August 18 in The Sims 4 Challenges, Stories and Legacies
This is a casual variation on a reading circle. There is no real obligation to read each others' stories (although many of us do read each others' work already anyway), and no structured weekly discussions. Just a simlit chit-chat thread for a group of friends to discuss topics like approaches to writing, story themes, character archetypes, and essential stuff such as undead gnome army world domination, all accompanied by a(n un)healthy side of pancakes.

This not-a-circle (pentagon?) is currently full.