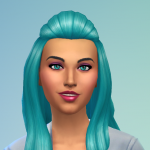 amchristian Posts: 1,245 Member
August 8 in The Sims Franchise Discussion
The emptiness of the Sims 4 is overwhelming me. I'm ready for a more indepth Sims playing experience. I want lots of choices and challenges. It's time for The Sims game to evolve into a deeper, more meaningful experience. Just my 2 cents.
35