White
Sign In · Register
Home› The Sims FreePlay
You Make The Sims! Let's recognise and celebrate our amazing community! 💚
As we celebrate Black History Month and highlight our Black players, tune into their Twitch live streams and join the fun! 🖤
February 19 - Is everyone ready for the Friday Highlights? Check them out here.
Welcome to all NEW SIMMERS joining us on the Sims forum! 🎉 Have fun on the forum and please make sure you check out the forum rules and
the rules about necroposting. 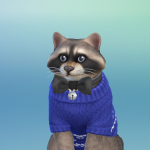 EnderGamer87 Posts: 243 Member
August 2020 in The Sims FreePlay
I saw comments like this on the new YT video Firemonkeys, and on some of the FB posts made by the Freeplay team saying "We have listened" and comments saying they have not listened to us seem troubling. I caught some screenshots from the new Influence Island teaser. Just wondering what others have to say about the state of the game, but I think its not good.