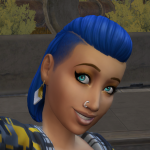 Pamtastic72 Posts: 2,736 Member
August 2 edited August 3 in General Mods Discussion
This mod give you more control over walk-by sims. Just some of the features per the creator’s blog post:

Edit: The mod can be downloaded in modules, and I added the rest of the module descriptions form Lotharihoe's post.

All of these are aimed at improving compatibility with other mods. Thanks to omglaserspewpew (love the name) on my Patreon for pointing these out. Check also the compatibility section at the end of the post, which I updated with more info.

- Added Zero’s Scrounger Fix, so now only sims with the Recycle Disciple (and local sims) will be rummaging the trash in community lots.

- Added Zero’s College Organization Member Tweak, so now only university students will be part of a college organization.

-Added Simvasion’s Vendor Filter Fix, so played sims will no longer be chosen for the Craft Tables Vendor role.

- Added LittleMsSam’s Invite over NPC Toddler on Park Venue Fix, so you can bring toddlers to the park with you again.


- Walkbys (sims that walk around the neighborhood outside the active lot) are now always sims from the current world. You will no longer see Bella Goth going all the way to Brindleton Bay for a morning jog. This also means you might see less walkbys, depending on how many sims are currently living in the world;

- Walkby sims will prefer to wear their everyday outfits instead of randomly generated ones. This is already an option on MCCC, but I’m cutting down on my use of that mod due to recent events. Both are still fully compatible, though;

- After a sim leaves a walkby situation (when they fade out of existence), there is now a 4-hour delay before they’re picked again. This is increased to 12 hours if the sim was chosen for a dog walking situation, to avoid the same sims walking their dogs around multiple times a day;

- Stray pets will stay around for 2 hours instead of 6.

- “Fake vampires” aka human sims that spawn wearing vampire clothing are completely removed. Actual vampires will spawn in their place.

- Elders and ghosts will no longer spawn in the nightclub.

- Celebrities will only spawn in lots that are in Del Sol Valley and those that have either of the Celebrity Hotspot lot traits;

- Sims from Sulani and Strangerville will only spawn in lots that are in their respective worlds. The only exception to this is the restaurant, since the game uses different filters there and I couldn’t figure out a way to make it work;

- Removed randomly generated outfits from venue sims wherever I could.

- Service sims like bartenders and stall vendors will always be homeless. They will also be immune to weather and have all their motives locked.

- Walkbys will no longer spawn if it’s anything worse than a light rain/snow outside;

- Strangers will no longer knock on your door for no apparent reason. The “helpful neighbor” situations from Eco Lifestyle are unaffected.

- I readded the vampire invasions to all worlds! Maxis removed them at some point, for whatever reason. There is also now a higher change a vampire will invade your house if you’re a human living in Forgotten Hollow;

- Vampires won’t burn in the sun if they’re in Forgotten Hollow.

This is the same as the above, but also adds stray pets and dog walkers to all worlds outside brindleton bay. More “private” areas, like the mansions in Willow Creek or the island in Windenburg will not spawn strays.

Almost all venues now have “opening/closing hours”. They won’t actually close and open, you can still travel there, but no sims will spawn if they’re closed. Here’s a helpful spreadsheet:

I based myself on the hours of the day when I usually visit these lots, but this feature is very experimental. Let me know what you think. Other changes are:

- Removed the random paparazzi that spawn in the gym even when there’s no famous sims around;

- Added buffs to all the venues to prevent sims from running. They will no longer sprint to the front door of the bar;

- Removed the “shifts” from almost all service sims. Before, if you were at the bar, for example, at certain hours of the day the game would send the bartender home and replace them with another sim. This created weird situations if you arrived at the bar just minutes before a shift change. Now sims will arrive when the venue “opens” and only go home when it “closes”.

COMPATIBILITY WITH OTHER MODS:
Due to the fact that this mod changes multiple tuning resources, there’s a high chance it will conflict with other mods. If you find incompatibility, please send me a message and I’ll try to help as I can. Here are some mods that I know to be compatible/incompatible, I’ll add to this list as I find others.

• townieoverhaul_lessfame, autonomousespresso_library, resturantsittweak - partially compatible. You can use them together with my mod without major issues.