White
Sign In · Register
Home› Discussion› The Sims 4 Speculation and Rumor
Sul sul! How many baes is too many? The answer is NONE! Join @kelseydangerous on her journey of love as she attempts to maintain 100 romantic relationships.
Follow along on her road to love here!
September 21st: Today is patch day! 😃 To read the patch notes, click here! 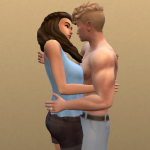 Leahmiller2006 Posts: 354 Member
July 2020 in The Sims 4 Speculation and Rumor
Right, I have a theory. So they added bunk beds to sims mobile, they can’t not add them to the sims after that. Bunk beds = kids or toddlers? Baby hints, and all the reminiscing thought bubbled hinting at generations. In the article about the 6 month road map, they mentioned an update in summer. “The team has also been hard at work on some new surprise additions we plan to bring to the game over the summer.” So maybe a smaller version of generations (say just family interactions and stuff) in October time and a baby update during August/sept? They have to be doing something with babies, the hints are major!
Let Your Smile Change Your World, But Don't Let The World Change Your Smile.