Well this has to be a first, for me at least 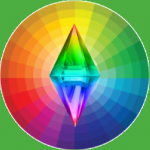 LaBlue0314 Posts: 17,067 Member
July 2020 edited July 2020 in The Sims 2
I've been trying to figure out which town I would like to play, so I decided to go with Strangetown (the desert town). It's been a long while since I last played that town. After getting the townies that are in the bin set up, I started up the university town as well (also a desert university). At the moment I'm playing a single young adult university female, and I placed her in one of the dorms that have 8 bedrooms. I got the usual message that I need to make my decision on which room I wanted because other students are moving in.

To shorten this up, all my sim's dormmates are all guys. Normally the game will attempt in having a balance of male to female, but not this time around. What is even a bit more strange is that even though they all have different names, there are two sets that have the exact same hairstyle, clothing, and faces.
0