White
Sign In · Register
Home› Feedback› The Sims 4 Game Feedback
August 14 - Everyone ready for the Friday Highlight? It's ready for you here!
Are you ready for the The Sims Spark'd? Discuss the final episode here! Don't forget to use spoiler tags! Need a refresher? Click here!

Give us the fear emotion buff not more tense! 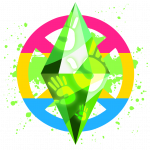 UndeadNinjabit Posts: 181 Member
July 17 edited July 17 in The Sims 4 Game Feedback
I will really love it if you can make a Halloween patch about way for sims to get scared! 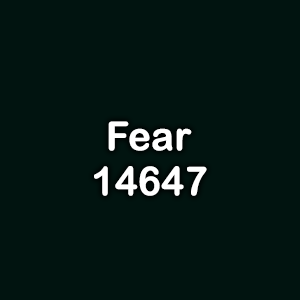 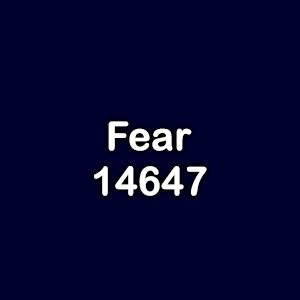 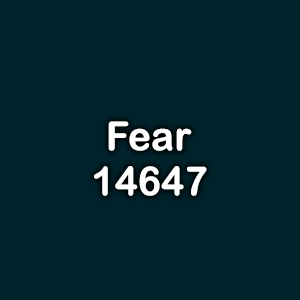 It's divided into four stages:

Scared - In this first stage your sims act as if they were worried about something. from here, they can share their insecurities or ask to sims if they heard a certain noise.

They also unlock some special interactions to calm themselves, though I'm gonna talk about those later.

Very Scared - In this second stage, sims tend to be more paranoid than before.

Their Walkstyle will change, and they be able to run.

Frightened - In this third stage, Sims will be so crazy they'll even start to run panicked!

Terrified- In this final stage, They will begin to freak out! Run Faster in a Terrified Motion. They become even crazier than ever before. They will bite their nails constantly.

If you don't succeed to calm your sim down, consider it dead.

This death method is a comeback from TS2, where you could die from fright if they were scared too much.

They will be able to "freak out!" and "debunk their fears" (Self-Interactions).

These interactions are user directed and will kinda calm them down.

Be warned though! If a sim remains Terrified for too long there will be serious consequences...

​There are various ways to calm your sims down. They can: ​

Calm down using a mirror or a vanity mirror.
Cry in the closet.
Freak out! (Only terrified sims)
Debunk their fears. (Only Terrified sims)
Share their insecurities. (Sometimes it doesn't)

If you don't succeed to calm your sim down, consider it dead.

This death method is a comeback from TS2, where you could die from fright if they were scared too much.

​The Sim as a ghost is able to unleash a Banshee Scream to scare a sim and it's not pretty, they can also Wail though out the night scaring you sim out of bed.

​There are numerous way your sim can be scared! Some include

the use of expansions and others not:

If a ghost possesses an object and alive sims are near.
If a sim cheats on their spouse and they get caught.
When there's a fire on the lot, or a sim is on fire.
If a sim uses a voodoo doll for evil purposes and then gets backfired.
When a child gets scared of the monster under the bed.
When sims witness a dead body. *
When a ghost, died by drowning, gets near a pool or swims in it.
Using a cheating buff that can either lead to the "Troubled"
or the "Terrified"​ emotion. **

When there's an earthquake.
When a house has the haunted trait (And receive the occasional
buff that would normally appear).

When a sim hears a ghostly yowl from a ghost pet.
​

When a sim gets trapped in a vault.
When a famous sim receives a text from an obsessed fan.
​

Strangerville: After a sim has tried to talk with a possessed sim. *

- When bizarre roots come out of a sink/toilet/shower/bath.

- After a Paranoid sim has looked up for conspiracy theories.

Jungle Adventures: When a sim is near a service skeleton and
the buff is negative.​

Vampires: After a human sim has slept in a coffin and the
outcome is negative.

- When a vampire bites a sim, the victim will be scared of the bite at first.

Parenthood: When a sim breaks the rules
while being grounded.

Spooky Stuff: When a sim picks up a candy from the candy bowl, and
the outcome is negative​.

Movie Hangout Stuff: When a sim has finished to watch a horror movie. *

This mod also needs a trait called "Cowardly" and "Brave"

Cowardly: ​These kind of sims get a "+1 Troubled" buff whenever they are worried, and will be scared during the bump in the night. When they are scared they occasionally "faint". Cowardly Sims will faint when they encounter the Grim Reaper, a ghost, a burglar, or fire, and will get the "Scared" moodlet. When Cowardly Sims stay in a dark room or outside at night, they will get "Afraid of the dark" moodlet instead of "It's dark" moodlet. Cowards will, in panic, initiate fights with Vampires or even run away from vampires. They might faint after getting pranked with the scary computer. Cowardly sim have a scared reaction when misfortune strikes nearby Sims.

Brave: These Sims are never scared and if there's a fire, they will put it out. They also deal with burglars. With a Sim or vampire, it can be useful when exploring tombs or caves as they won't be scared by bugs and never get the "Fear" moodlet. They won't be scared by ghosts and vampires (Which vampires cause the "Hunted" moodlet). They are also tended to be more confident when they are in a haunted lot. They not as scared Horror Channel or Scary Computer Prank.

A stalker film (with a twist ending) with victim was stalking have a horrible ugly face that making the stalker scared and run away.

A story about Hooper a pug is left behind in the break of an Zombie apocalypse. All he wants to do is get back to his owner a little boy that he loves dearly. This movie is similar to Lost Dog's Journey Home movie.

The Khlumzee Sisters and Hold That Ghost Cat - A black-and-white horror and slapstick comedy of the Sliver Screen: After inheriting a fortune from a gangster, three dim-witted service station attendants find themselves stranded in a haunted house with a ghost of a cat and his owner's spirit.

Vampire Cafe - A Sitcom about three vampires working where they meet weird vampires, serve weird Plasma food and battle with their evil boss.

Invader from Sixam: StrangerVille Horror - A vintage 80's horror origin story theory by sims about how the plant mother was created and how it arrived on StrangerVille.

A Talk show featuring monsters and the supernatural. The host of the show is a vampire featuring the wolfman.

A mystery comedy featuring Mystery Solvers and their cat Blu are finding clues to a spooky house mystery of a ghost guarding the houses treasure by scaring people away. This is reference as a Scooby-Doo Sims 4 Parody.

I hope with this change I hope the SimGurus can add this as a Halloween Patch.

Please make a petition vote if you want it to happen for this upcoming Halloween Patch.