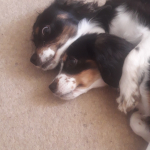 Cavapoo_King Posts: 1,723 Member
July 10 in The Sims 4 Speculation and Rumor
I was browsing RealSport101 and I found this
'Well, things could be changing very soon, as in a recent business meeting, EA’s CEO Andrew Wilson said that they were keen to add a multiplayer mode to The Sims'

Do you want a multiplayer?
1