White
Sign In · Register
Home› The Sims 4 Modding & Custom Content› General Mods Discussion
September 18 - Everyone ready for the Friday Highlight? It's ready for you here! 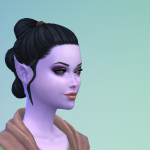 comicsforlife Posts: 7,122 Member
July 10 in General Mods Discussion
I was just wondering
the sims 4 isn't getting new whims right now and I think they have dropped them all together if we want new whims in sims 4 we need to tweet the gurus and tell them we like whims
0