White
Sign In · Register
Home› Off Topic Chat
Sul sul! How many baes is too many? The answer is NONE! Join @kelseydangerous on her journey of love as she attempts to maintain 100 romantic relationships.
Follow along on her road to love here!
September 21st: Today is patch day! 😃 To read the patch notes, click here!

You Are Stuck [Game] 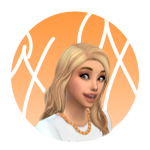 daydreams Posts: 121 Member
July 2020 edited July 2020 in Off Topic Chat
It's a new month, so that calls for new beginnings. Start fresh. Focus on the good and try to be less on a 'stuck' point of view.
Though ironically, I wanted to begin a thread where we go back and forth with a 'You are stuck...' prompt.

The scenario is followed by a question — it can be creative, thought-provoking, simple. Anything you feel like asking that pertains to the situation you present, whether it's a who/what/when/why/how/whatever question.

Answer the one above you and then follow up with your own 'You are stuck' scenario.

You are stuck on an island with an unpredictable wizard, strange scientist, and deadly hunter. Who do you team up with for survival?
Post edited by daydreams on July 2020
“And he smiled a smile to shame the sun.”