Question on ghosts and culling 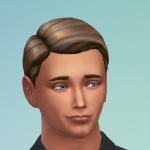 jmac2727 Posts: 224 Member
June 30 in The Sims 4 General Discussion
Full disclosure I had a bad experience when they first added ghosts that may have me being overly cautious. My objective is to let my sims die, keep their headstones in a little private cemetery on my lot and let the ghosts from the cemetery randomly make an appearance on the lot at the stroke of midnight. This is to my understanding the way it's designed to be done, however I have a concern about those ghost sims being culled because they are not technically members of the family once they die and their tombstone/urn is placed.

So my question, do sims tied to a grave stone or urn on your lot, but are not actually members of your family get culled by the game? Or does leaving the tombstone or urn out on your lot signal to the game that you don't want those sims culled? If there is no in game way of preventing your ghost sims from being culled, is there a mod that might accomplish that? Thanks all in advance for your responses.