White
Sign In · Register
Home› Discussion› The Sims 4 Packs Discussion
July 8 - A patch for The Sims 4 is ready for you to install it! Check the patch notes out here.
July 8 - The Sims Spark'd, coming July 17th!

I Don't Understand The Butler's Behavior! 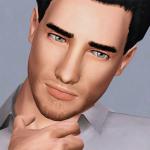 bootsguy Posts: 754 Member
June 30 in The Sims 4 Packs Discussion
I just don't understand the butler's behavior.. Once hired I thought the butler will stay with you permanently but not until all your Sims left the house and you joined them on their work or in any locations or venues upon returning to your house there is a new butler serving your household. Sometimes the butler is too hungry but too shy to open the fridge that they starve to death. They even take a bubble bath when everyone is asleep or is not in the house. Sometimes they enjoy doing some other things when no one is around. Why is this so? They can eat or take a bath if they want even if there is household member around.
The Sims Series Stories http://hamsternice.blogspot.com
0