So who are these Sims... 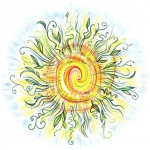 joRN1414 Posts: 1,102 Member
June 23 in The Sims 4 Packs Discussion
voting against my Sims in the NAPs? I need to have a word or two with them. Roughhousing Encouraged, indeed.
"Life is like a banquet and most poor suckers are starving to death!" -Auntie Mame
3