Essay - Why The Sims 5 is in Development 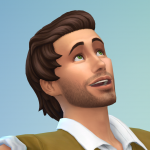 bryanovens Posts: 41 Member
June 2020 in The Sims Franchise Discussion
I made this essay earlier this week, and intended to turn it into a video essay in preparation for EA Play Live. Since they confirmed no new Sims content will be announced then, I decided to scrap the idea.

Obviously, my theory that they are announcing the game at EA Play Live is now rendered moot, but my evidence still stands to show the game is being worked on right now.

I just finished converting it into more of an academic essay with some visual receipts included in an Appendix, so if you want to see why I believe the Sims 5 is currently in development, here's a good 3,500 words of me explaining why.