Do you organize your Mod folder? 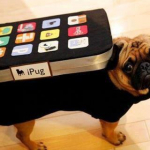 I was complaining to my friend about how I lost some of my CC because I didn't properly back it up when I decided to download a new Mod folder organizer today.

She seemed very confused, and apparently, some people don't organize it and "just put it in the folder" because "that's what the folder itself is for, its a waste of time" and "[shes] not going to look at my Mods folder and say 'oo, this could use some cleaning up"

So, how about you? Do you have a Mods folder organizer? Why or why not?
them/they
1