White
Sign In · Register
Home› The Sims Medieval
Sul sul Simmers! For 24 hours, starting on 6AM PT today, May 6th, you can share what's on your mind in the Sims 411 Feedback thread for the next Inside Maxis livestream. 😃
April 30 - It's time for our Friday Highlights! You can check them out here!

Do you have to engage with wizards? 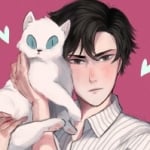 StrawberryYogurt Posts: 2,156 Member
June 2020 edited June 2020 in The Sims Medieval
In any mandatory quests or anything? Im interested in the game but I dont want to do any interactions with any occult characters. Is the wizard (or any spells, witches, whatever) occults integral to the game or main plots? Or are there alternatives in the game to get the same project done?
The Sims has currently lost its identity. Bring it back for TS5