White
Sign In · Register
Home› The Sims Franchise Discussion
June 27 - Let's pick our Best of Simming for June 2020!
June 26 - Take a look at the Friday Highlight and discover some awesim discussions! Click me! 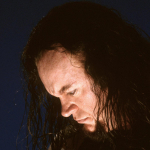 DeadManHBK Posts: 58 Member
June 4 in The Sims Franchise Discussion
How many of you use cheats? I know I can't be the only one who does so lol. And if so, what cheats do you prefer to use?

I honestly try not to, but I usually end up caving - at the very least with the simoleans one.

In 2, I tend to also use the cheat which makes them stop aging.
In 3, I use the free real estate to add families I create, I use the "glitch" (?) which gets you more lifetime happiness points, and I tend to make their needs static - at the least while I am trying to build up their skills. Sometimes I also use the cheat to adjust a Sims celebrity or career status. (Not the family I am playing as - others in the town.)
In 4, I use the needs one, and then the cheat to unlock all the objects you can purchase.
It's not a party if you don't do something that scares ya.
1