White
Sign In · Register
Home› The Sims 2
June 27 - Let's pick our Best of Simming for June 2020!
June 26 - Take a look at the Friday Highlight and discover some awesim discussions! Click me! 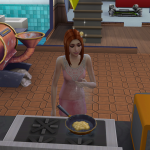 I opened a custom hood of mine and noticed that two children in one household had lifetime wants. I checked the other families (there are eight children and two toddlers in the hood) and one other child also had a lifetime want. Is this a sign of corruption or something? I know that some premade children/toddlers have lifetime wants, but this is unusual. It’d be a shame if the hood was corrupted, but not the worst thing ever. I’m pretty sure I haven’t done anything to corrupt the hood (as in any of the actions listed in that game guide on avoiding corruption) but who knows.
https://lucy-henley-sims-stories.blogspot.com/
0