how would everyone be happy to know that repomen are coming to the sims4? 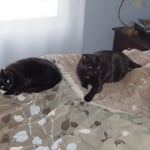 friendlysimmers Posts: 6,497 Member
May 21 in The Sims 4 General Discussion
hello to all players even do certain things in the game are not my cup of tea i would like to annouce that repomen are returning just found out via twitter

Have you ever wondered what are the “bills” that you’re actually paying for in The Sims 4? Well, worry no more!

The upcoming update for The Sims 4 is set to deliver a full estimate of how much you’re spending, including:

Lot Taxes
Power
Water
Other Taxes
Tax Breaks & Penalties
The new User Interface that The Sims Team has shown off in the stream has a Billing Estimate on the left and Power and Water consumption levels on the right. If you have Eco Lifestyle installed you’ll be able to store that extra power and water and choose to go off-the-grid with your own supply or choose to sell the extra amount you’re producing!

The update is expected to come out shortly before the release of Eco Lifestyle – which is on June 5th. they will be in the next patch
If you went the sims5 to remain offline feel free to sign this petition http://chng.it/gtfHPhHK please note that it is also to keep the gallery