What types of schools should we have in The Sims in the future? 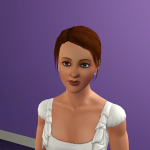 king_of_simcity7 Posts: 24,386 Member
May 11 in The Sims Franchise Discussion
I think that active schools would be cool in the future. It might fit a few play styles for some players

What types of schools though?

A single 'all age' type school like in current Sims games. TS3 has a rabbit hole for both children and teens.

A two tier type structure with an Primary or Elementary and Secondary divide. If we have preteens were would they fit?

A three tier type with Primary/ Elementary for kids, Middle or Junior High for preteens and a Senior High or Upper type school for the teens.

An 'private' type school that Sim parents have to pay for.

A scholarship type Grammar School that requires a pass to gain entry to.