Get Famous is STILL broken. 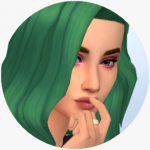 Onverser Posts: 152 Member
May 11 edited May 14 in The Sims 4 Game Feedback
Now I don't wanna be one of those people that complains all the time, but the Get Famous expansion has been broken since the last patch, over a month ago. Myself and many others reported that it was broken over a month ago when the issue first occurred and absolutely nothing has been done to fix it and as far as I'm aware it hasn't even been addressed by the sims team yet.

The issue is that the acting career, the main feature of the pack doesn't work anymore. If your sim gets an acting job they will not go and nothing will happen, the gig won't go away, they won't go to a rabbit hole gig, there won't be a notification about the gig starting, absolutely nothing will happen. The only way of getting around it is by basically quarantining your sims in their home for the entire duration between audition and the gig (on a sidenote the timing of this bug occurring is almost comical) but it's just ridiculous at this point. Expansion packs cost a lot of money, the main feature of a $40 expansion pack being broken for months is not good enough. This should have been made priority and patched straight away but instead it seems to be getting ignored and players are still being sold a pack which frankly does not work. It's not good enough.

Please get it fixed
17