Do You Miss Cars? 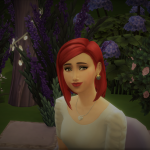 Patch__2008 Posts: 373 Member
April 27 in The Sims Franchise Discussion
Let's be honest, do you miss having cars? I feel like they were such a neat feature to at least TS3 (the only edition of Sims I've played besides TS4.) I liked being able to upgrade them as you climbed the financial ladder, much like real life. I feel like they added a dose of realism to the game which is missing in TS4.
Do you miss that feature and would you like cars to be included in future editions of the Sims?
~Find Me On YouTube: My Channel~IG: katiesadie00~Twitter: katiesadie00~
8