White
Sign In · Register
Home› Forum Ideas & Feedback
The Modern Menswear Kit is available now! Picked it up? Head on over to the Screenshot thread to show off your new creations here 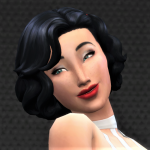 Kimmer Posts: 1,686 Member
April 2020 in Forum Ideas & Feedback
Here's an idea: could you make it possible for us to block/ignore threads?

Sometimes people spam the forum with multiple threads about the same thing and ignoring those people don't make the threads go away. Also there are threads that aren't spam, but it would be great to be able to filter them out.
Why not make it possible?
10