NEW knitting stuff pack concepts. What would I edit, what I think and why? 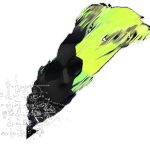 S1MSLYS1S__QARD Posts: 149 Member
March 8 edited March 8 in Community Stuff Pack Project 2
The sims 4 have are doing survey to find what we want in the next stuff pack (even though I'm not a stuff pack fan) their were element and features that felt could've been combined or could be used in future packs.
The survey: https://surveymonkey.com/r/JZBMHNF

I’ve mixed design and edited some design as the are aspect from different design that I wish were put together so we get multiple elements in a item so it was easier to choose. 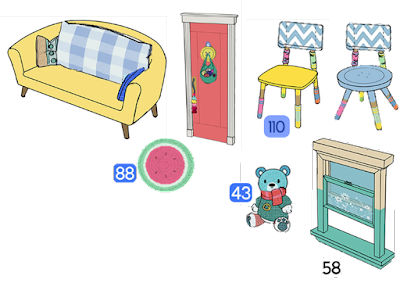 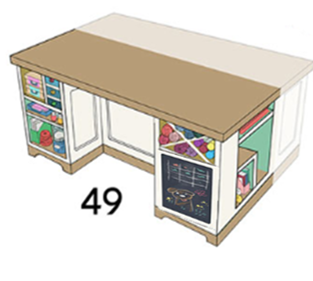 - I wish 15 and 21 were also crafted.
- I wish 21 had a lighter fringe like 12 but I don’t like the triangle shapes (I'd prefer it was hanging by a needle).
- I like the hedgehog in in 84 and llama in 96 I hope they can use those aspects in the future either as toys or objects.
- I like 29 and wished sims can choose there own mug and wished the mug cosy in 29, was a crafted item.
- I wish 33 didn't have the lamp on top but instead had fairy-lights inside the jar with wool.
- The design of 39 but thought it should’ve been a bear only because if you do a dog for dog lover then their should be a cat for cat lovers. I also think it should’ve been a toy.
- I combined 59 button door with 60 door using 59 button as a hook with a bird on top.
- Mixing chair design of 109 &110 because there are aspects of both chairs I like and aspects ( I hate 110 chair back piece.) I love the socks on 110 and the button detail design on 109 and chair back. I also thought the chairs socks on 110 should’ve been crafted as the mailboxes are.
- I like the white detail design on window instead of the colour pattern as they can be used better and change the window to square to make it easier to use in builds
- I combined 113 and 115 best design element as I liked the checked pattern of 115 so used it as a oversized pillow on 113 love-seat.
- I preferred the chalkboard be on the desk in case you only get one item I’d preferred the desk.
- I’d rather 88 was a full circle rug the same size as 87 as I don’t know why 87 wasn’t craft-able

I picked mainly crafted items as that is the main purpose of the pack.

Items I wouldn't choose and why :
- Any lettering items breaks the aesthetics of the game
- Number 9 baby mobile as you can make with move object practically with the same effect and I can't use the baby mobile on multiple of builds.

What did you pick or like and what items do you think they could use in the future.