Everything HAS to be knittable

Forgeron Posts: 78 Member
March 4 in Community Stuff Pack Project 2
Honestly, I was disappointed by the fact that most CAS assets don't look made out of wool, and there's too little CAS things that are knittable. And now... I'm here to ask this mistake not be brought to the Build and Buy.
Everything has to be knittable in this pack, cuz its a whole new skill. I already feel annoyed to see the same paintingbeing painted over and over again, and its a base game skill... A Stuff Pack skill will never get new updates with new things for us to knit.
I know some of the objects seem to be impossible to knit, but its just a matter of point of view. Maybe they could add regular doors and then we could be able to add ornaments to it through the knitting skill, we could have the rocking chair without the pillows that we could knit to add to it later... we could have a regular living room set that we could also customize through the knitting skill adding knitted pillows, and knitted sofa covers like this one: 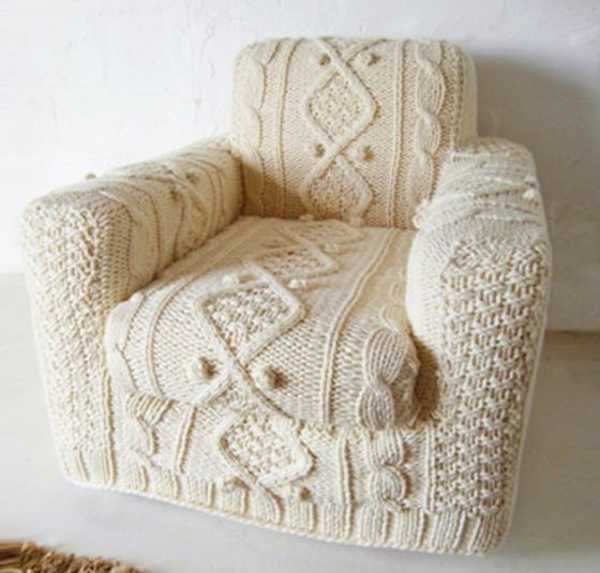 We already have a bunch of non-knittable stuff in the game... give us a bunch of stuff to explore in this skill...
I know some of these objects seem big to be knittable sitting on a chair or standing up on the park, but why they are considering to add a huge DIY table then? So that we can pretend our sim is using it? add animations to it... My sim is going to garnish the coat rack? have the coat rack appear on top of the DIY table... Sims 3 had big tables/stations like that and we got to see what they were doing like the sculpting or inventing. Of course our sim isn't going to place the armchair on top of the DIY table, but have them go to the actual amrchair, measure it, return to the DIY table and have a huge knitted piece slowly appear as my sim knit it on top of the table.
Plan further... If you guys are going to add the imaginary friend later, add some knittabled toys now that will be exclusive swatches of the imaginary friend when said creature gets released to the game... Maybe the grim reaper and the tragic clown ones could be the imaginary friend swatches for those weird kids we like to play sometimes like the Goths or whatever. Also, what a missed opportunity to add knittable voidcritters plushies!
Also, there's some objects that could clearly be knittable and weren't added to the blue category. Like... all the hanging plants, maybe a knittable curtain, or that number 21 flag, or the numbers 12, 13, 16, 17, 18, 19, 20, and a bunch of other objects. I know some of them don't look made out of wool, but you jsut need to change the texture and its good to go. Also, why there's so many paper diy things here? its about knitting, not paper craft.
I know I might be sounding harsh, but if I'm going to buy this pack I want to get the most use out of the main feature which is the new skill.