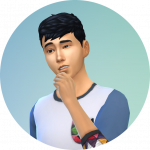 Simmer_chiyen Posts: 273 Member
February 16 in The Sims 4 Game Feedback
This topic has died down for some time now, but I feel that it should be voiced again. I understand the reason behind locking that when playing in normal Live Mode. However, I ask the studio to let us edit the space outside the active apartment in Manage Worlds or at least through a cheat code.

Just look at these: 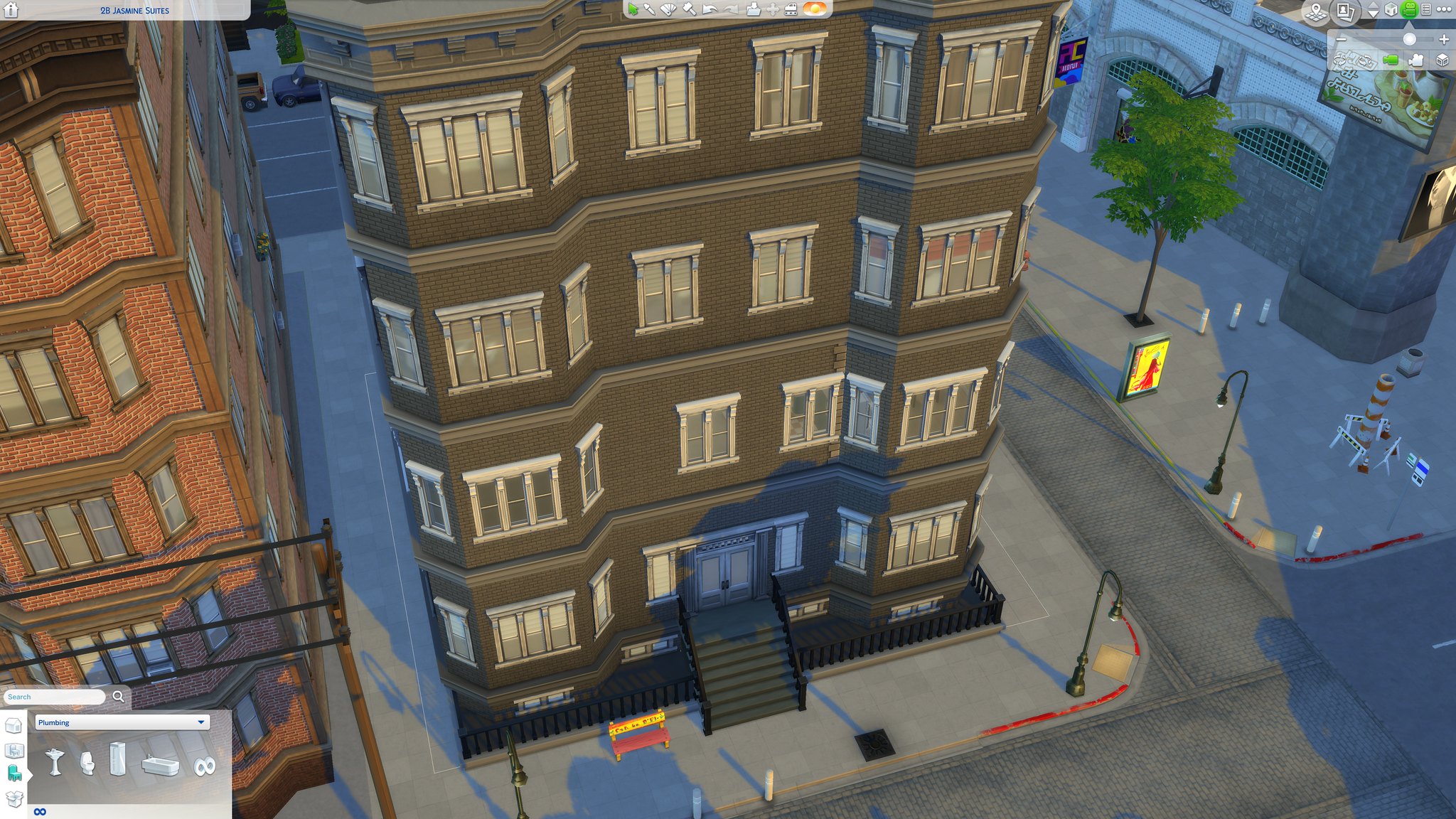 What is it with the alignment of windows? And why is there an edge-bricks wallpaper in the middle of the wall? 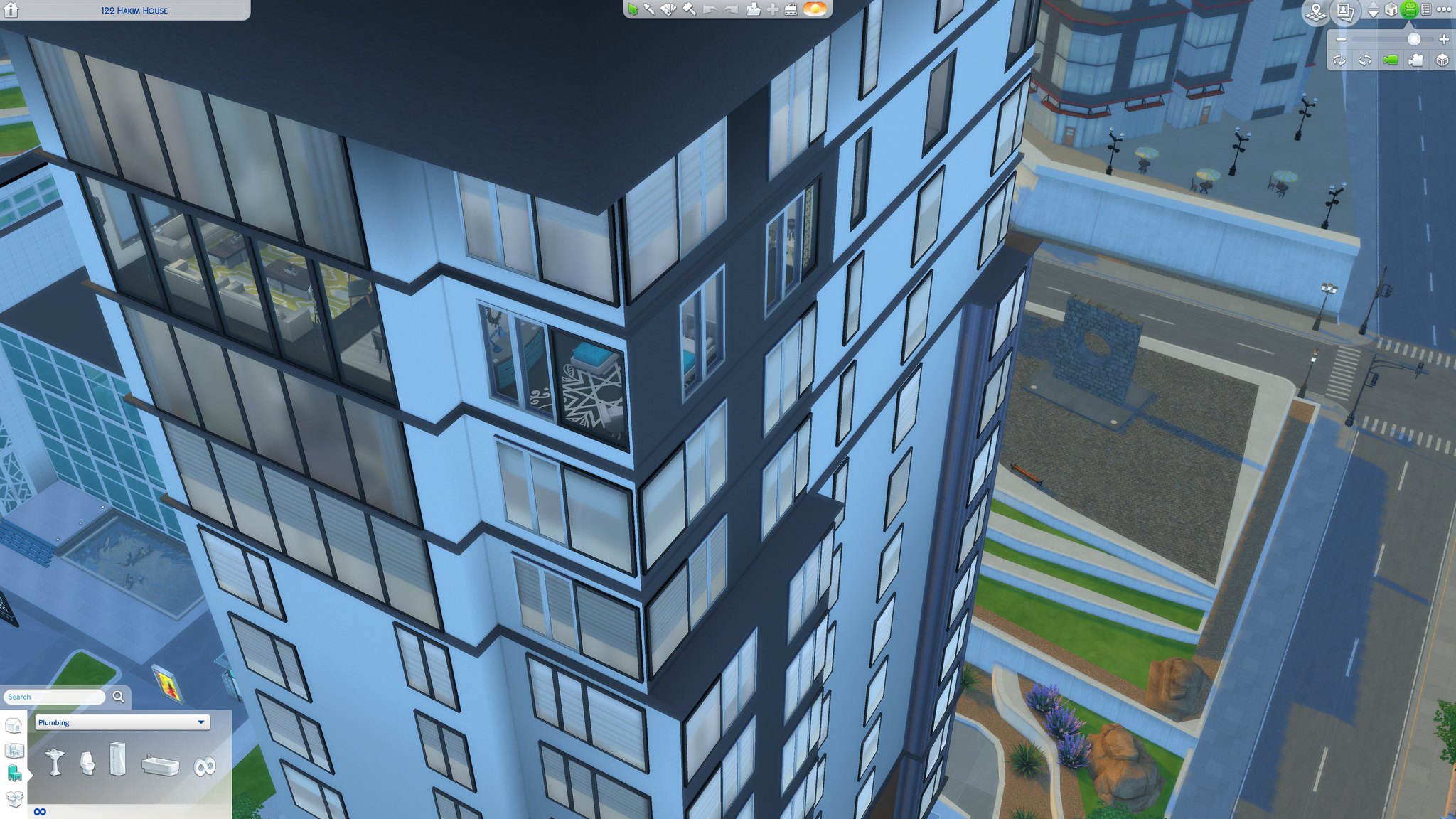