White
Sign In · Register
Home › The Sims Franchise Discussion
February 21 - Everyone ready for the Friday Highlight? It's ready for you here!
February 14 - 3rd vote results for the Community Stuff Pack are ready! 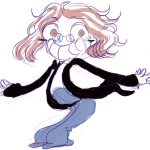 thesimmer14 Posts: 278 Member
February 8 in The Sims Franchise Discussion
I guess you could consider this a challenge, but since this would technically occur over several games, I think it best fits here.
I'm going to create a Sim couple, the same one in each game, and play the same turn of events. I want to see how differently the outcomes are based on the iteration.

I think a YA [adult, in TS2's case] man and woman will be my test subjects. I'll give one a very sour personality and the other a very kind one. I plan to make them both get married and have a child, then divorce. Additionally, I'll have to select a career that's present in all three games.

I may not get around to completing this due to school. But if anyone else is interested, feel free to give it a go.
5