White
Sign In · Register
Home › The Sims 4 › Discussion › The Sims 4 General Discussion
January 17 - Ready for a -not tiny- livestream? Click here!
January 16 - Patch day for The Sims 4! Find the patch notes for PC/Mac here, and here for console (someone said Gallery?)
January 14 - Take our newest survey and make your voice heard on the future of The Sims 4! Details here, and a discussion space here! 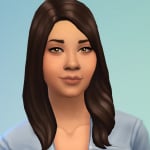 JC1979 Posts: 404 Member
January 14 in The Sims 4 General Discussion
So I’ve noticed a similar issue in every played households inventory, they all have 5-12 degrees in them from the same exact sim. I’m currently playing a dozen households and they all have a bunch of degrees from the same sim named Kale. He is one of the many played households and yes he did graduate university, but multiple degrees are showing up in his name in many different household inventories. The biggest issue is I can’t delete them at all and I’ve tried repairing my game, uninstalling/reinstalling, and updating my game, but these degrees won’t disappear. What could be causing this?
1