White
Sign In · Register
Home› The Sims (2000)
February 3rd- It's time for our Friday Highlights! You can check them out here! 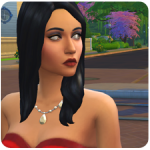 Many years ago, a group of Simmers had launched a website called “The Sims Surfer”. Its main purpose was to be a fan site directory; far from an easy feat to accomplish when considering the near-innumerable amount of The Sims fan sites that had been available for viewing at the time. Yet its staff not only managed to maintain one frequently updated list of active websites, but a second one existed alongside it. The main directory was supplemented by another section of the site named “Davy Jones’ Locker”, which was dedicated to archiving the content of any fan sites that had long since ceased operation.

As of 2020, The Sims Surfer has now been relocated to a Locker of its own: the Wayback Machine. Or at least, the site as it appeared to users between 2002 and 2010. The final time that the Machine archived the site was on January 9th, 2010 — at this point in time, the site had claimed to have a collection of five thousand Sims fansite linked on its main directory alone. (The final count for Davy Jones’ Locker is unknown.) Unfortunately, the final tally of 5,000 has been forever changed since Yahoo decided to mess around with its Groups system. There’s no doubt that on December 14, 2019th, countless gigabytes of Sims custom content was deleted from the servers with no way of recovery — content that was uploaded onto Yahoo for archival purposes in the first place! It’s become more important than ever to archive any content that can be recovered.

So to celebrate the new decade and the 20th anniversary of this series, I thought it might be fun and/or painful to excavate the remains of the fan sites (fully or partially) dedicated to the original game. Afterward, I can compile all the archived sites together and upload their content to the Sims Archive Project. The sites that are listed in either directory will be sorted into two categories: the Lost Sites and the Found Sites. These two categories will have a post dedicated to each list (otherwise this post will end up being a novel). Then, the sites will be sorted by whether they were listed in The Sims Surfer's main page or Davy Jones’ Locker.

I'll try to post about any progess I've made when I can . . . hopefully at least once a week! Major update posts will be linked to here for quicker browsing!