White
Sign In · Register
Home› Forum Archive› The Sims 3 Bugs & Issues
May 14 - It's time for our Friday Highlights! You can check them out here!
May 13: Today is patch day! 😃 To read the patch notes, click here!
You are browsing an archived read-only section of the forums. Looking for The Sims 3 Help Center? Click here! 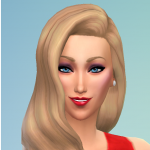 RiverBlossom Posts: 251 Member
December 2019 in The Sims 3 Bugs & Issues
Hi, all. Another issue. My girl Angela is a District Superintendent; and the "Give Lecture" stat continues to drop down to horrifying. I force her into giving lectures as soon as she can, to as late as she can, without taking a break, every single day off and every day after work. But for some reason, I can never get the Give Lecture stat to normal or better.
I love this game, but it's making me crazy.