White
Sign In · Register
Home › The Sims 4 › Community Stuff Pack Project 2
January 17 - Friday Highlights are back! Come take a look!
January 17 - Ready for a -not tiny- livestream? Click here!
January 16 - Patch day for The Sims 4! Find the patch notes for PC/Mac here, and here for console (someone said Gallery?) 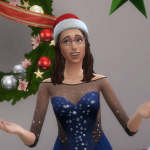 You cast your initial Stuff Pack votes and they’ve been tallied! IT’S HAPPENING! After an exciting week of voting on the overall theme and gameplay for the upcoming Community Stuff Pack we’re pleased to announce the 1st round results. Every election is determined by the people who show up and let us tell you - a tremendous number of Simmers are showing up to participate! Thank you for your support! Stay tuned for upcoming information around 2nd round voting dates where you’ll be determining the art style of the pack.

AND NOW ONTO THE RESULTS!