Sims 3 is probably the last Sims game for me. 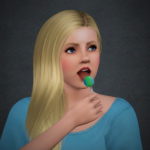 Cororon Posts: 3,437 Member
November 2019 in The Sims 3 General Discussion
The Sims 5 - Realistic or Cartoony poll in the Off Topic section made me realise that Sims 3 is probably the last Sims game for me. The majority of the voters seem to want an even more cartoony game than Sims 4 - think Fortnite or Toy Story.

The first pic is from my police story in Sims 3. I think the realism is OK. You can see that it's supposed to be a human being. Then look at the Sims 4 sim and you see a doll. and it gets even more doll-like with Fortnite and Toy Story.

Even if Sims 5 came with an open world and had CASt back, I wouldn't buy it if the sims looks like dolls. No way!

I don't know why people don't understand that they can buy Sims 2 if they want an even more cartoony game? Or why not a Disney or Lego game? Sims is a human life simulator and should have realism. It doesn't have to be uncanny valley realistic, but you know what I mean. You should be able to make attractive sims and not just "funny" alà Elmer Fudd.