White
Sign In · Register
Home› The Sims (2000)
August 7 - Everyone ready for the Friday Highlight? It's ready for you here!
Are you ready for the The Sims Spark'd? Discuss the final episode here! Don't forget to use spoiler tags! Need a refresher? Click here!

Have baby after first one taken by socal services? 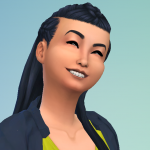 diddlochcooj Posts: 53 Member
October 2019 edited October 2019 in The Sims (2000)
Okay so I have two married Sims. I made them play in bed on the heart bed twice and then a pop-up appeared asking me if I wanted to have a baby, I said yes, there was a baby. I didn't take good enough care of it and it got taken away by social services. I wanted a new baby so I make them play in bed like 5 times per day but I don't get the pop-up. One time the phone called asking me if I wanted to adopt a baby, I said yes but STUPIDLY I actually let that one get taken by social services because it was a boy and I wanted a girl lol. Now I keep playing in bed and also kissing and kissing and kissing but no baby

Is it impossible after having two babies taken away? Or am I just unlucky?
0