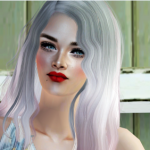 I am wondering if anyone can tell me if there is a way to save a lot I spent hours re-decorating then it failed to share. I often redecorate lots and export them so I can save and reuse them when starting new worlds. I believe there maybe files saved in the library files folder but unfortunately I am not sure if there is anyway to find the files for one lot? I am hoping that other players may have an idea of how I can find/save this lot as the thought of recreating again is daunting lol
0