White
Sign In · Register
Home› The Sims 2
Fresh off the press - the May 11 Laundry List! Click here to find out more!
April 30 - It's time for our Friday Highlights! You can check them out here! 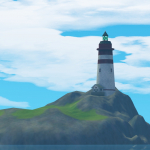 HillyBeth Posts: 2,986 Member
October 2019 in The Sims 2
A while back, I was on Google searching for sims 2 custom content. I came across this site and I'm a happy camper!
Origin ID
Hillybeth29
Sims 3 Username
Morganvil225
P.A.C.E- Positive Attitude Changes Everything[/center]
2