What is so Interesting About a Farming Pack? 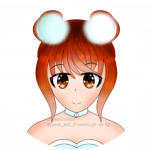 nerdfashion Posts: 5,673 Member
September 2019 in The Sims 4 Speculation and Rumor
**DISCLAIMER** Please do not take this thread as me trying to be rude to people who want a Farming pack. I'm just wondering why people find something interesting.

But seriously, what? Farming? I understand that a lot of you want new hobbies that might come with it, like sewing and nectar making. I can understand sewing- but nectar making? What's so fun about your sims jumping barefoot on grapes? And horses, I can also understand, as I can see why having more pets would be fun. Cats and Dogs is great, so I expect Horses would be too. But... I don't know how exciting sheep, cows, pigs, and chickens can be. And growing crops sounds so boring, again. Most of the aspects that people say they want in a farming pack (that I have seen), seem so ridiculously boring to me that I can't understand why on earth anyone would want it!

So please. Explain to me, why you think a Farming pack would be fun.
Check out my website for weekly SimLits, art commissions, and more! You can find it here!
20