White
Sign In · Register
Home› Forum Archive› The Sims 3 Bugs & Issues
August 7 - Everyone ready for the Friday Highlight? It's ready for you here!
Are you ready for the The Sims Spark'd? Discuss the final episode here! Don't forget to use spoiler tags! Need a refresher? Click here!

You are browsing an archived read-only section of the forums. Looking for The Sims 3 Help Center? Click here! 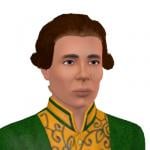 I thought it was my Sims themselves that may be causing the problem, as they are the original Sims I first starting playing from the beginning - eight years ago. Then I got a new computer with Win 10; Sims 3 installed and ran fine, but after all these years, I concluded my original Sims were just too corrupt to continue playing. So I decided to revisit old saves from years ago, as in 2012 - before Seasons and Supernatural were released. I noticed the redraw time was far less on the old games, so I figured great, I'll just play these again - relive old times. Nope. A simple trip to the public pool or even just doing some redecorating in edit mode and the game crashes, without warning. This is back when I did not have more than 8 Sims per household. I know I could try creating my Sims all over again and see what happens, but I'd rather not go through that. And with no hint of Sims 5 in the near future, I'm worried I may have to return to games like Doom or Wolfenstein. They're good games, but I prefer Sims 3.