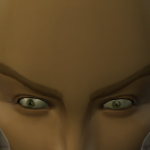 Echova Posts: 144 Member
September 2019 in The Sims 4 Packs Discussion
Not only am I getting NPC’s from towns that are played and unplayed coming to RoM and becoming spellcasters (which messes with my save), the NPC’s and randomly generated townies are showing up not in their everyday outfits but skimpy dresses and astronaut helmets/detective caps/Actor Career Tron helmet, etc. I’ve used MCCC to change them back into everyday wear but as soon as I do, they spin and change back.

I’m not sure if this is intentional but please for the love of all things mighty can this be fixed?
1