Those controversial stairs to nowhere. What do you think? 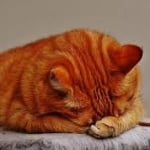 applefeather2 Posts: 3,998 Member
September 2019 edited September 2019 in The Sims 4 General Discussion
Due to the call-out of " ... a couple of little surprises for the LittleSimsies out there"... on the live play, do you think the Gurus deliberately made those stairs go into the brick wall and no door?
I think they did.
(The counter of that little spill is at 30:20 on the stream if you want to find it.)
6