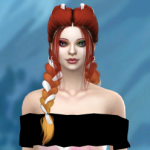 KittHaven Posts: 86 Member
September 2019 edited September 2019 in The Sims 4 Challenges, Stories and Legacies
Hello! I have decided to do a 100 Baby Challenge in the Sims. I have tried to do these challenges before and always failed so hopefully I can keep with this one. I’m feeling optimistic! 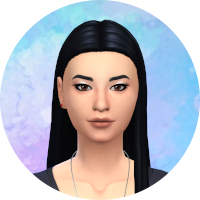 My first matriarch, Celeste Shiki, decided to move to Willow Creek in order to start a very large family. Nothing much is known about her life before this decision. She will do anything to get the family she feels she deserves… including seducing married Sims! No man is safe when she’s on the prowl, and she won’t stop until she has a long-standing legacy to look back on.

I made a modified version of the classic challenge for me to do because I felt I wanted to make it more casual and less strict. (Though there are still a bunch of the original rules!) You can read the rules I will be following here, and the original rules are here. (Both links lead to Tumblr) Feel free to use my rules if you want to!

I will be posting the parts here within spoiler tags in groups of about 4, as I queue parts to release throughout the day on my blog. Feel free to follow me on Tumblr if you want to read the story as and when it releases, and not wait!

This is also a modified challenge, if you haven't read the rules I will be following. instead of making a Sim have as many babies as possible I will instead be having 10 per generation. (No more, no less. Any extra kids will have to be put up for adoption or let go!) Then the youngest female will take over and have the next 10, until 100 have been born in total.

I hope you enjoy following along!
Post edited by KittHaven on September 2019
Hello! My name is KittHaven, or Kitt, and I have played the Sims 4 for quite a while. Maybe I'll think of something worthwhile to put here one day...