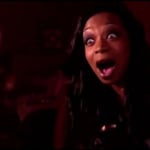 TheIntrovertSimmer Posts: 607 Member
September 2019 edited September 2019 in The Sims 4 Speculation and Rumor
i made this comment back on August 21, 2019 and turns out i was right about them stairs. with that being said, i think EP08 will be about country side living / farming expansion.

edit 1: sorry for some sort of a clickbait title but i'd want a lot of people talking about this cos we have some solid hints right here everyone. uwu

edit 2: deleted the irrelevant stuff and changed the title

for now, i'm kinda basing this on facts and solid factors i guess.

as we all know, simgurugrant tweeted a few voting polls regarding possible new features and lifestates back in 2018. we had something about voting on occult life states, new stair types, and surprisingly farming as a new expansion.

the witches and mermaid lifestate were topping the voting polls.

now that we got watered-down water thriving mermaids and a wide array of witches and wizard of all sort in real of magic. that is two down and two way to go. and a sims fansite has confirmed an 8th expansion is coming this 2019. so my bet is on farming and not univeristy cos why?

the said features are finally being delivered. a university themed expansion suits best on graduation season, perhaps on June 2020, a school themed pack releasing on christmas kinda sounds silly .who would have thought that Get Famous was released on christmas and not Island lving.

im cool with having a university expansion although im just more excited for a country side farming gameplay i guess, however, i truly don't see university coming anytime sooner or later.

i know university in on high demand till this day but the polls speak to themselves. this university hype train has happened after the polls so initial decisions might have not changed.

Post edited by TheIntrovertSimmer on September 2019
y'all got bread?
3