White
Sign In · Register
Home› The Sims 4 Modding & Custom Content› Mods & CC Technical Discussions
August 7 - Everyone ready for the Friday Highlight? It's ready for you here!
Are you ready for the The Sims Spark'd? Discuss the final episode here! Don't forget to use spoiler tags! Need a refresher? Click here!

Is it possible to load tuning for a custom module? 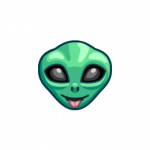 Hopefully someone can help me here. I want to write a new class that has some tunable settings. As soon as these are loaded, I then want to use the values to do something else. However, I have been unable to get the game to read my tuning.

For instance, in the code below ("my_tuning.py") I have a custom class with two tunables: A_NUMBER and A_TRAIT. I set up a command to print the value of MyTuning.A_NUMBER and it's always 0.1 (the value of A_TRAIT is None because I didn't set a default), regardless of the value I specify in the corresponding XML.

Is there something I'm missing? Or is loading tuning for modules/classes something that only works for EA classes?

If anyone can help or shed a light in the right direction, it would be greatly appreciated!
0