They're never going to add full actual religion into the game, and that's okay. But what if they did 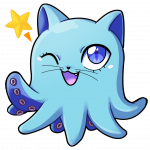 Ivyeyed Posts: 282 Member
September 2019 edited September 2019 in The Sims 4 Speculation and Rumor
This whole hijab thing (and I super do NOT want a rehash of that debate here. Including it is absolutely 100% welcome on my part and if you wanna disagree then go do it in a thread for that) got my roommate and I talking about the ways you can attempt to "play" religion in the game. Obviously get together and Seasons both make it easier. You can set up holidays (even make a weekly "Sabbath" using the "attend holiday ceremony" traditions) or have religious gatherings or whatever.

And goodness knows people have used Get Together to make plenty of funny "cults", or even religious simulation, and it seems in some ways almost baked into it.

But then we were talking about how, if they DID want to make religion officially part of the game, how would they go about that?

And we were like "well, they wouldn't lol. That's a big ol' dumpster fire waiting to happen. They'd over-represent something or forget something major and they know it's a minefield and they will not risk it."

And then we started talking about what we'd like to see anyway.

A new venue type - for places of worship. That by default will have some sort of NPC "working" there - and of course you can set the uniform and title yourself. To make them a priest or a monk or a rabbi or a guru or whathaveyou. The roommate's very Catholic so she thought the option to talk to them about problems or negative emotions and seek guidance would be important. I thought you might ask them to officiate a wedding. We also talked about funeral rites. But the biggest thing was just a place for sims to seek wisdom, peace, or insight. So probably just a couple simple interactions and some resulting moodlets.

I thought religion would be a nice way to separate out holidays. It's a bummer that the Seasons calendar is universal to every sim and household in a save. I already wish we could use in more segregated ways - add holidays that only observed by the active household or only by members of a certain club or only by certain age groups or those with certain traits. Right now there are sim-specific traditions (though we don't get to decide which sims they're specific to), but all holidays are universal. It's a bit of a letdown to make Winterfest and Hannukah in your game and then have no say in who celebrates which - it's everyone or no one. So it would be neat (after making an in-game religion) to be able to specify which religions do or don't celebrate which holidays.

But I think religions would likely function a lot like clubs, except with no limit on members, and managed not by a "leader" but rather just by the player from the Manage Worlds panel. But similar to holidays or clubs, you select activities, traditions, "beliefs", that can influence how your sim behaves. Maybe set dietary restrictions, clothing rules. And pick a "home base" that is the new worship venue. From manage worlds you also state how a sim "joins" a religion - if they can just declare themselves a member or if they have to go to the religious venue, and if they have to perform any sort of ceremony. And you can select a book or books to be their Very Important Text, giving them a title yourself.

Hopefully with enough options to make both feasible recreations of most major religions, and (of course) anything speculative you might have in mind. So players can get tongue-in-cheek and silly with it, or do a very down-to-earth simulation of a real religion. Want to recreate your Baptist family down to wearing your Sunday best each week? Go for it. Want to make a tongue-in-cheek religion based around Mac N Cheese? You do you.

This will, of course, never happen.

But I actually wouldn't hate it? It's almost a bummer that religion is such a contentious topic, because I feel like a religion system could add a lot of depth. A way of adding "traits" to sims without them having to have those traits. Maybe their traits conflict with the values of their religion, and that's a source of tension for them, because they love to dance and party but they're part of a very somber tradition, and when they break the rules they feel bad, but when they don't let loose they ALSO feel bad.

At the very least, with the game we have now, if they could make some fixes and updates to clubs and holidays, we could simulate it way better with what we've already got, which is probably the closest we're ever gonna get. On the one hand, I think a new venue type and all the new BB/CAS items in a "religion!" pack/update would be fun (I know WHY we don't have a lot of that in the game, but it would also be fun to build a big mosque or cathedral!). On the other hand, I feel like most the gameplay would be unnecessary/redundant if they could just give us more club members and more specificity in club activities, holiday traditions, and the like. Like we probably don't really need an addition of a "religion" system. Most of that could be achieved with some tiny fixes and expansions to existing mechanics (which, I really would LIKE to get, if they could remember they can make game-changing updates to more than just existing base game systems!). And what couldn't be is likely wading into territory the devs don't want to risk.

This EA account is shared between two longtime roommates. The one most likely to be writing here is me, the taller of the roommates, whose opinions do not always represent the opinions of the shorter roommate.
19