My take on the whole Muslim inspired clothing thing 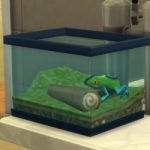 mirta000 Posts: 2,969 Member
September 2019 in The Sims 4 General Discussion
First of all there has been a lot of debate if hijab is religious. it is 100% religious. Here is a nice webpage for you, to interpret the Qu'ran:

Secondly, I don't have the issue of religious items being in the game as such. However, all religious items should be by far treated the same. In this case putting muslim inspired clothing should also open the door for Jewish traditional outfits, for wigs for Jewish women, for Buddhist monk attire (Buddhist monks are a lot less separate from the society than Catholic priests for example and not only do they participate in worldly activities while going through their training, a lot of boys go through the training and not become a monk, simply because learning to be a monk is good for your moral values. Here's a team of Buddhist monks in training winning at e-sports:

https://www.unilad.co.uk/gaming/a-team-of-buddhist-monks-won-an-esports-tournament-in-thailand/ ), rosaries, pagan symbols and other accessories used both in religion and in fashion.

Unfortunately topics discussing said things often end up closed because religious discussion is a no-no on the forums:

From my previous topic being closed I can infer that it was indeed titled correctly and it's Muslim religious clothing. And from this statement, I hereby want to ask The Sims team to be equally as inclusive to all faiths.

Linking my yesterday's video again too: