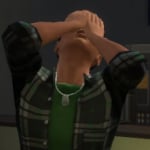 TomasGrizzly Posts: 423 Member
September 2019 in The Sims 4 Ideas Corner
During the past months (and years?), several skills received major updates. Gardening in prep for Seasons, Photography now (even though I never used this skill and have no clue what they did), Fishing and Fitness for IL...
I think it's time to get the updates to the kitchen...

First, Mixology, Cooking, and Gourmet Cooking should have the Notebook implemented (just as Fishing and Gardening), listing the recipes for you to look them up on the go without checking the bar/fridge - and possibly list the base quality as well (useful for foodie sims and their negative reaction to low-quality consumables). Furthermore, when it comes to food, the notebook would list the preparation time (and whether it's cold-cooked), vegetarian 'safeness', caloric value (yes, it's a thing in TS4) and 'efficiency' (some foods don't fully fill your hunger bar - mostly desserts and grand meals, this would be listed here as well).
Now, on to the specifics:

Mixology:
This skill is currently very bland, all it has are cool animations. Drinks should get real recipes - use plants from gardening for spicing them up, fruits for fruit-based drinks, etc. Also, an overhaul would be a chance to add a peppermint plant to the game which would see major use in Mixology. Drinks could also get caloric value (currently they are all at 0).

Cooking & Gourmet Cooking:
The first issue I have is the lack of new Gourmet recipes since the game launched and very few new recipes added with the last packs (there were some in the early DLCs, like Outdoor Retreat, but less and less with each). Yes, there were some free new recipes tied to the free holiday updates but not so much in DLCs. Island Living was a missed chance for some seafood recipes - including gourmet ones (yes, I know we got the pit BBQ, but that's it - there was OR-size potential for new recipes). Likewise, the patches/DLCs that add clothing from a specific culture/setting could do with adding a meal or two from the same culture as well.
The Garnish action could also use herbs instead of coming out of thin air.

Other:
Some other ideas I had:
-Returning the 'food replicator' item from TS3 as an expensive satisfaction reward (priced a bit below the 'never hungry' as it helps the whole household)
-Adding 'food preference' to sims. Not in the scope as in TS3 down to specific meal but I'd go with a simpler version down to categories, such as salad, sweet/dessert, fish/seafood, meat, grilled (including fruit/veggies/insects from OR), junk food, etc. - with the notebook listing the appropriate category for each meal. Eating a meal from the favorite category would add a short +1 happy buff in addition to the quality-based one.
-As I mentioned above, adding new recipes when the pack theme fits should be a thing. Both for normal and gourmet cooking.
8