White
Sign In · Register
Home› The Sims 3› Creative Corner› The Sims 3 World Builders
Sul sul Simmers! Find out more about The Sims 4 Kits HERE and tune into our Twitch live stream today, March 2nd, @11 AM PT / 7 PM UTC! 🎉
Feburary 25: Today is patch day! 😃 To read the patch notes, click here!
February 26 - Is everyone ready for the Friday Highlights? Check them out here.
Welcome to all NEW SIMMERS joining us on the Sims forum! 🎉 Have fun on the forum and please make sure you check out the forum rules and
the rules about necroposting. 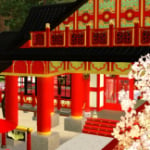 After a year long hiatus from sims 3, I recently began playing around CAW and decided to create a Tokyo inspired world for my needs. This world has a few sections that are inspired by various cities/towns around Japan.

-The central main section I hope gives the feel of downtown Tokyo.
-Westside has a small section that is a blend of Kyoto and the Meguro river area.
- to the south is a port that is inspired by Yokohama,
- to the East is a small mountain village section that was inspired by Yamanose. (If you ever played Shenmue, it is the village that Ryo Hazuki lives)

I am done. Finished all lots and the city itself. Yatta! Releasing the hopefully Final Version, I think I caught everything that needed fixing and have added a few more lots and upgraded some lots to feel more "tokyo-ish";

====Packs and Stuff Need:
-All simpacks except supernatural
- Free Chinese New Year Set
-all other packages included (I checked all packages I used with Sims Dashboard by Delphy) 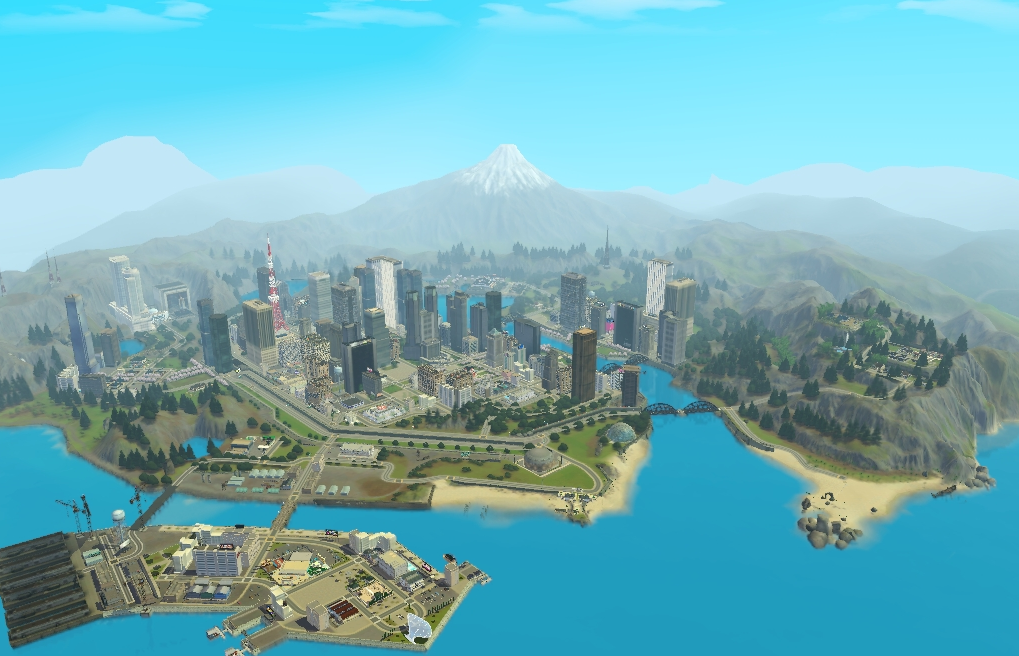 Castle with city in background 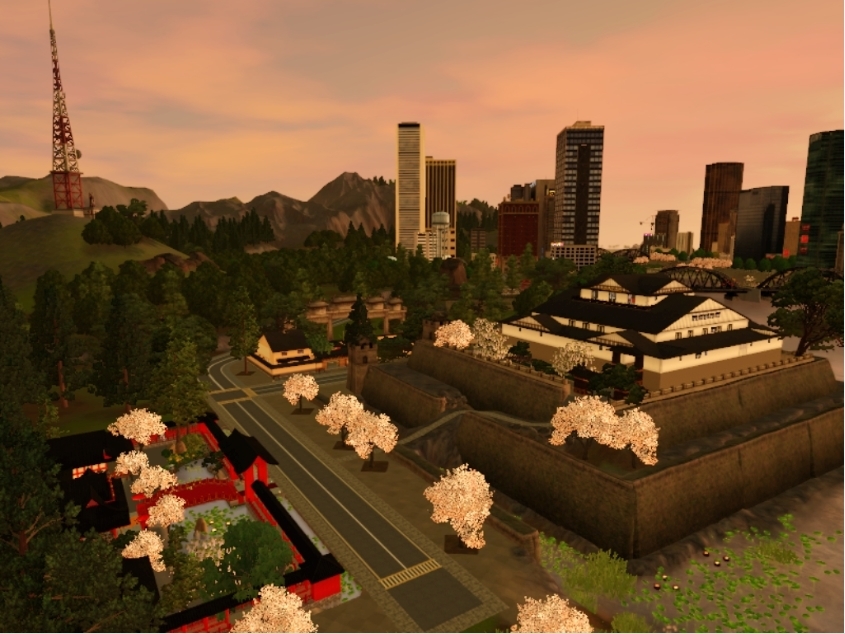 Castle Area with Fuji in background 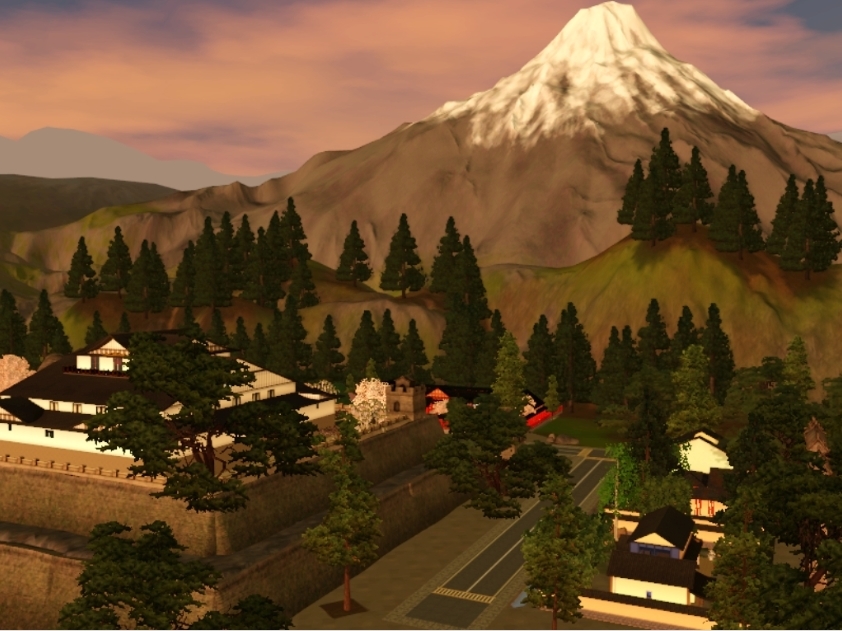 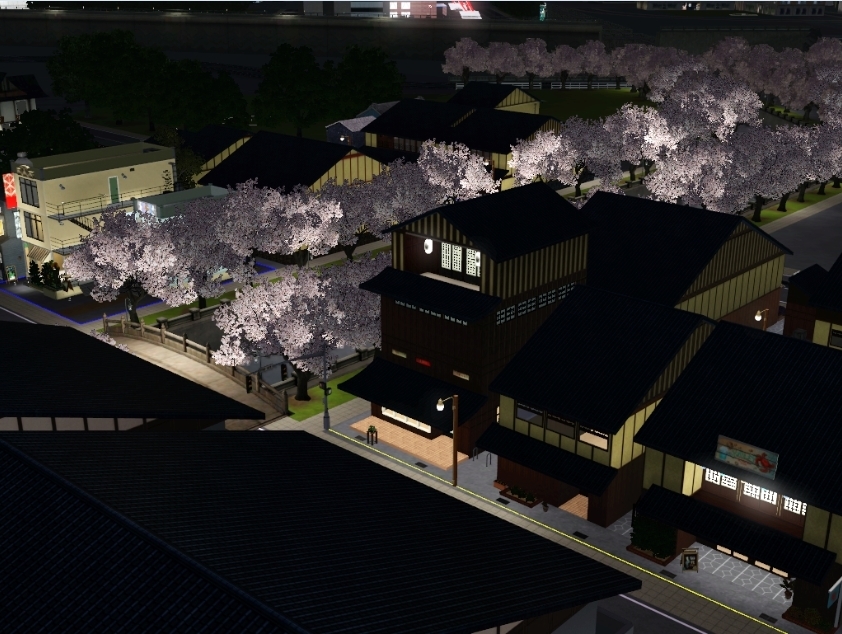 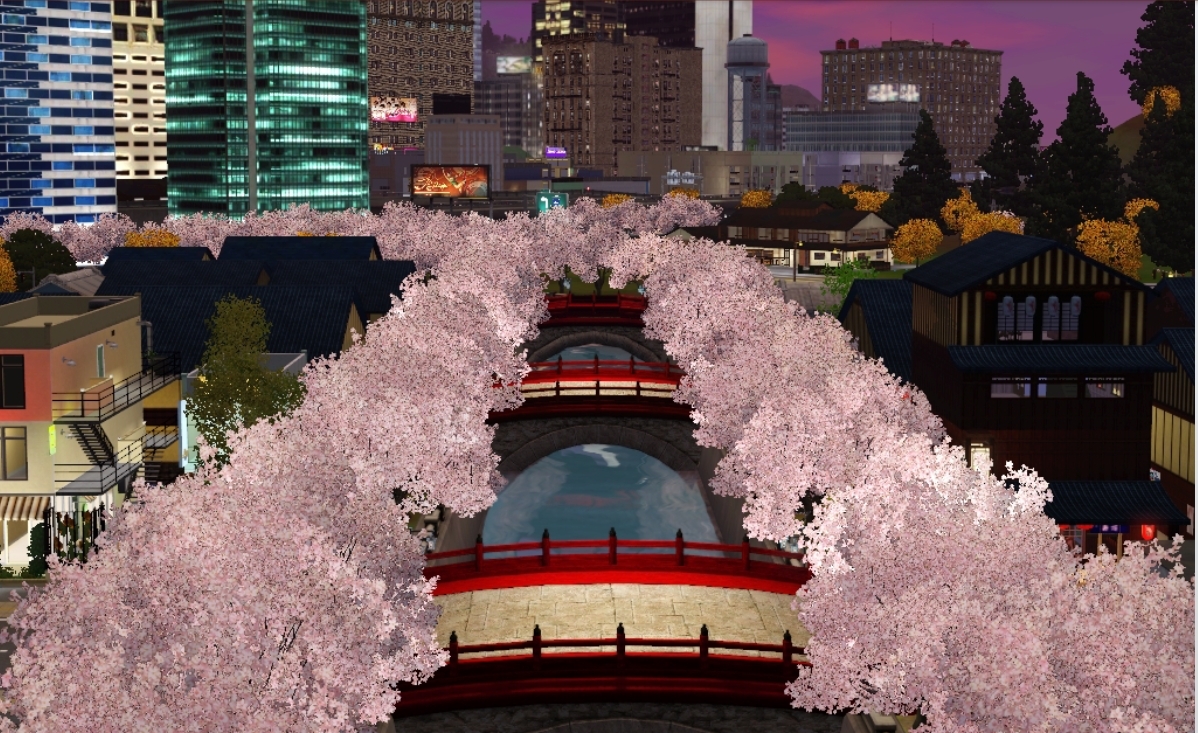 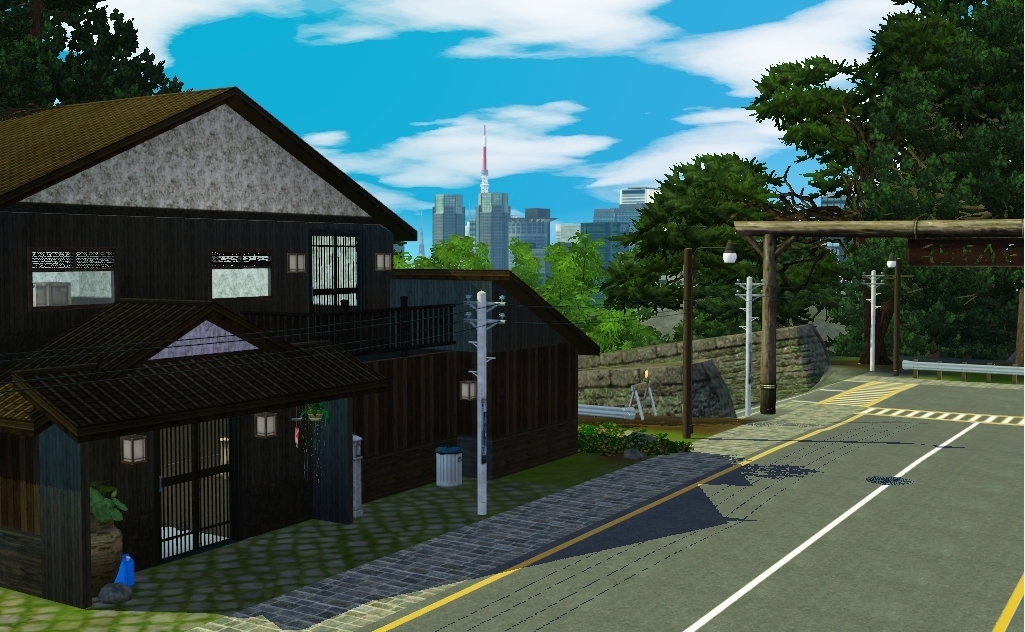 Overview Yamamura with Fujisan in back 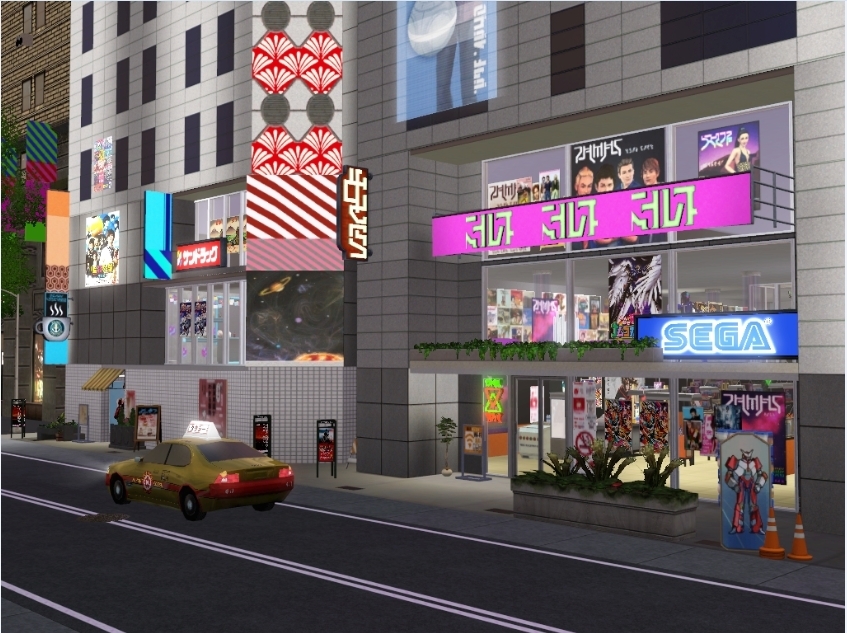 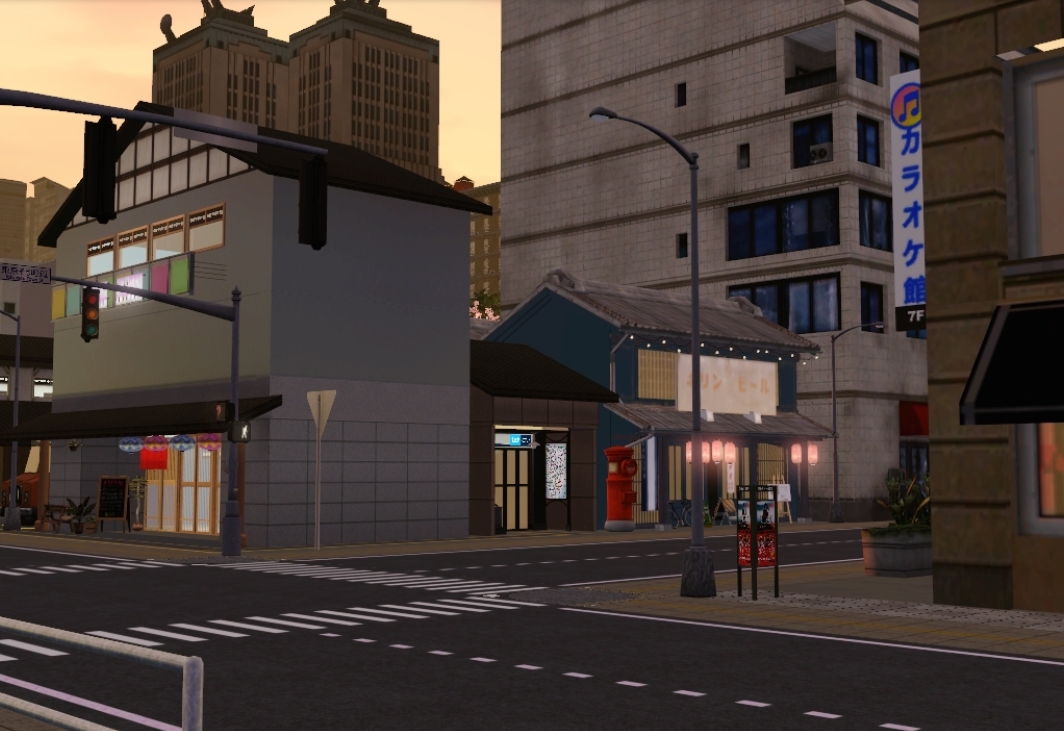 Tokyosou Beta download here in case you prefer it to the update. 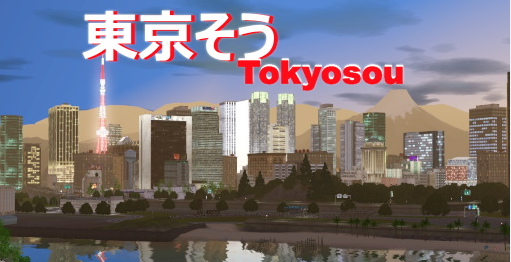