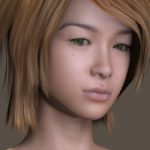 gettps Posts: 263 Member
August 2019 in Gameplay Mods
This mod has apparently been abandoned for almost a year now. I've fixed it on my own copy and was wondering if there was much want for a patched version?

I've attempted to contact KatIsHere but they're apparently gone. According to MTS rules I can pick it up.

I'm not good enough to do any expanding on it, but I've fixed all the LE errors I've found so far. I'm still in the testing phase.

Like I said, I was just wondering if there were many players that would like to see a patched version?
0