New Gameplay with Vampires: confess to be a vampire and more... 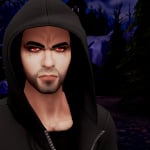 SiliClone Posts: 2,560 Member
August 2019 edited August 2019 in Gameplay Mods
I made this mod for my personal use. I just wanted to add the options to tell other Sims the true nature of a vampire and things got.. out of hands, so...

This Mod adds the possibility for vampires to tell people about themselves: 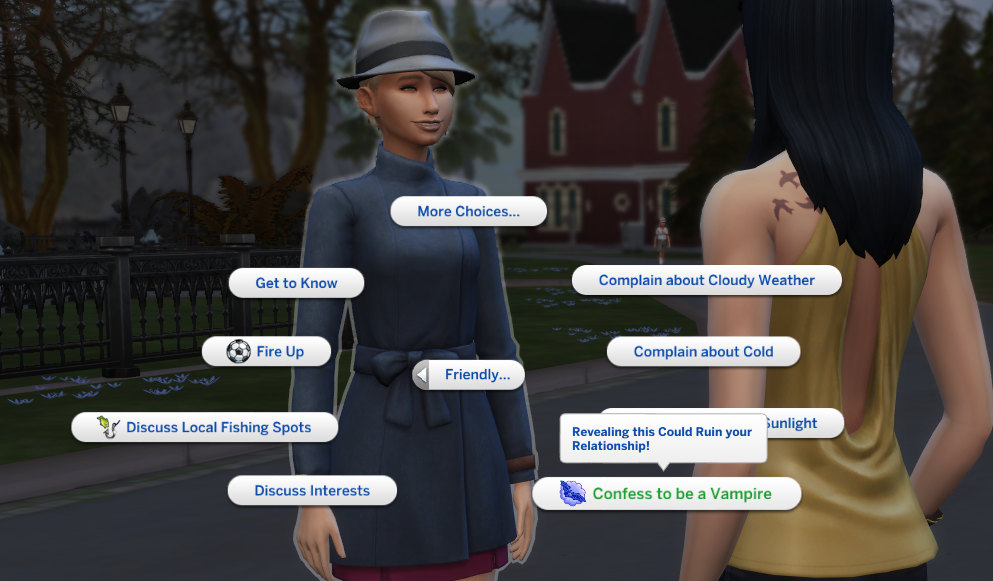 This interaction can have various random outcomes and buffs both for the vampire and for the Sim they told to: 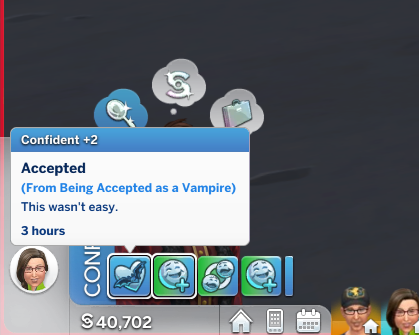 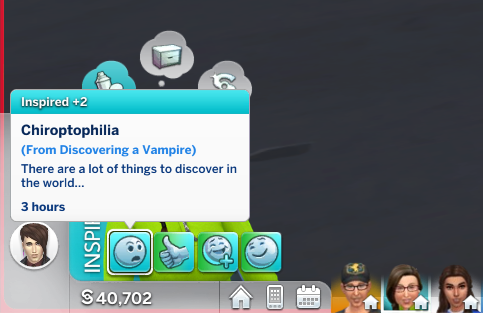 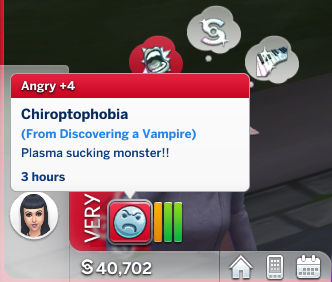 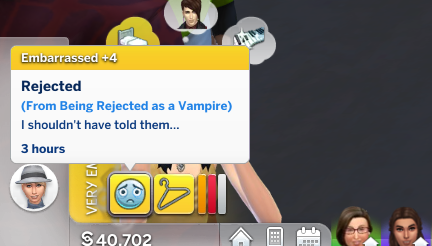 By performing this interaction, sims will spread the paranoia... 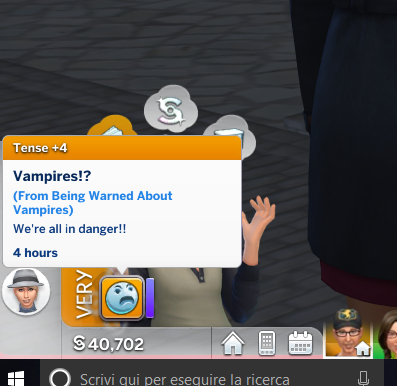 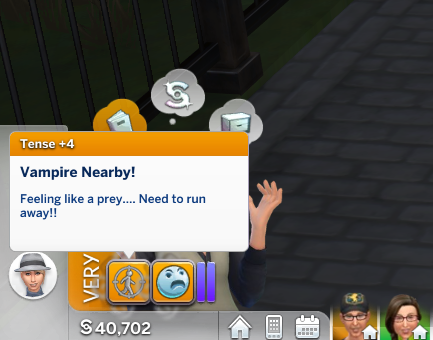 Every sim they will tell, will be able to tell other sims and will get tense around known vampires (vampires who confessed)
At this point, vampires will have the possibility to reassure those sims about vampires IF they had a successful confession to someone and are trusted vampires: 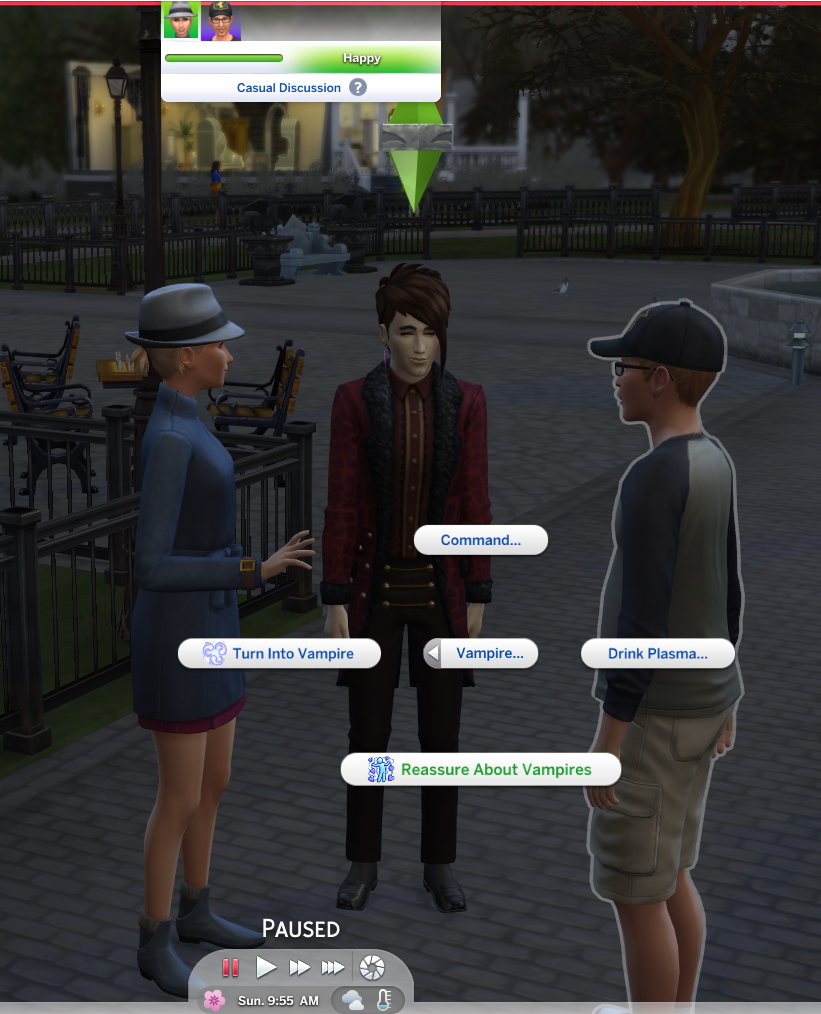 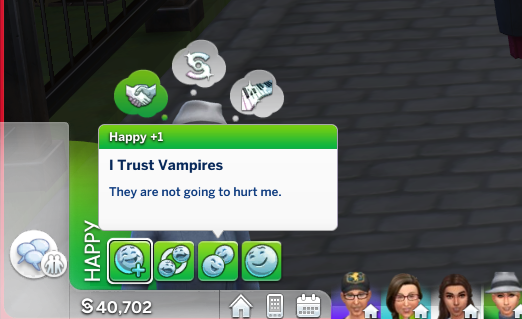 There are also two more special buffs I will not reveal because I want people to find it by themselves.
It's a script mod and will not conflict with anything.
There is a more dettailed explanation on my tumblr:

The only autonomous interaction in it is "warn about vampires", if you never confess to someone, nothing will ever happen at all. 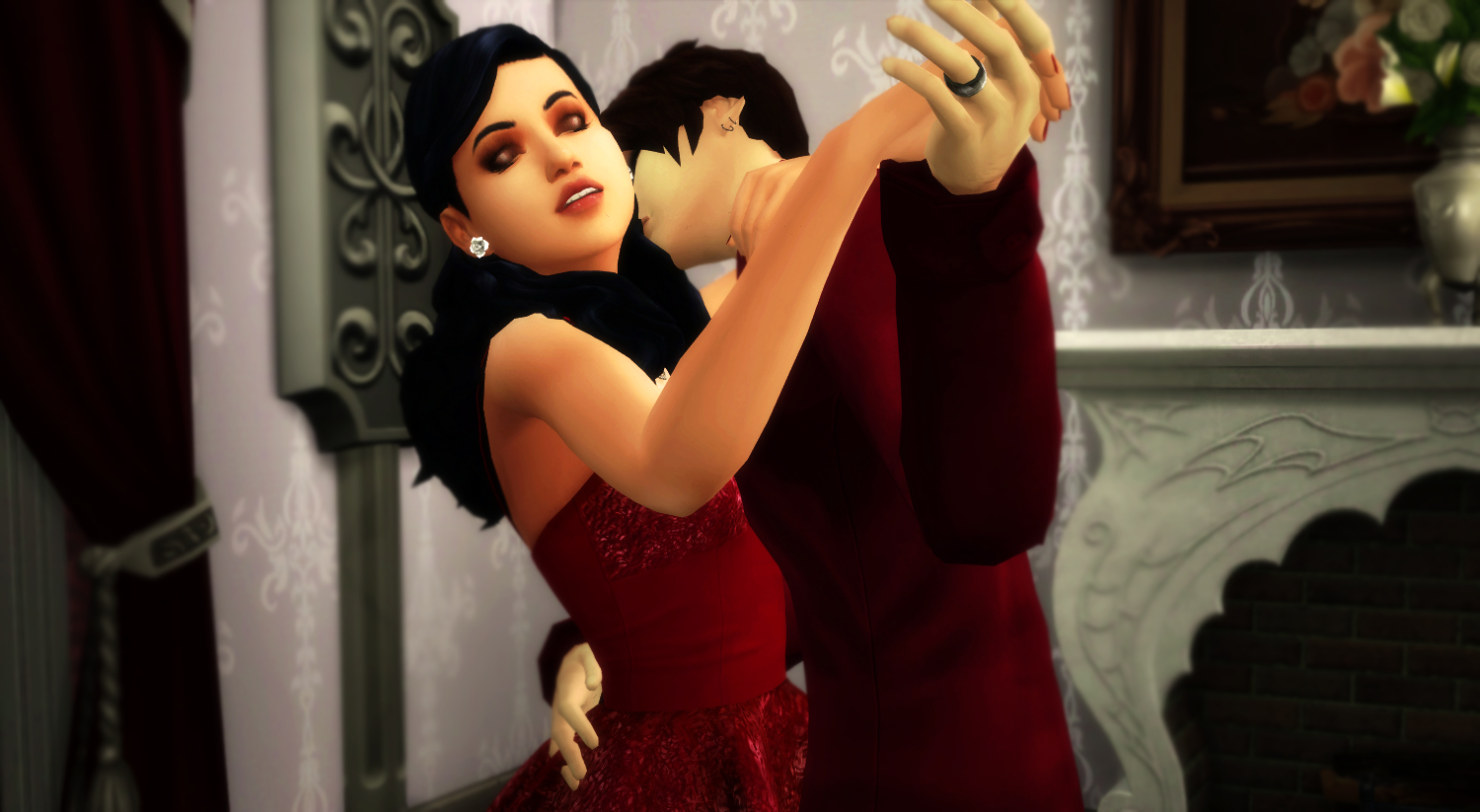