White
Sign In · Register
Home› Feedback› The Sims 4 Game Feedback
May 14 - It's time for our Friday Highlights! You can check them out here!
May 13: Today is patch day! 😃 To read the patch notes, click here! 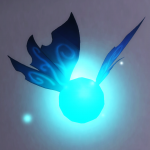 Pegasys Posts: 1,134 Member
August 2019 edited August 2019 in The Sims 4 Game Feedback
And if so, what is the best way to offer updated content?

I see two types of complaints:

The only alternative I can see is that they offer upgrades for free to only those who had the old Pack, but then I imagine we'd hear:

- "I don't want the team spending their time/energy on upgrading/enhancing old content when there is so much more we've been asking for!"

I will say I DO want older content updated though. For example I'd love for them to update some features in retail/GTW, etc.

For me personally, it doesn't matter how they offer it (I was one of the few who was not offended by MFSP, and have ended up buying all the packs anyway) but I'm curious what others think about this.